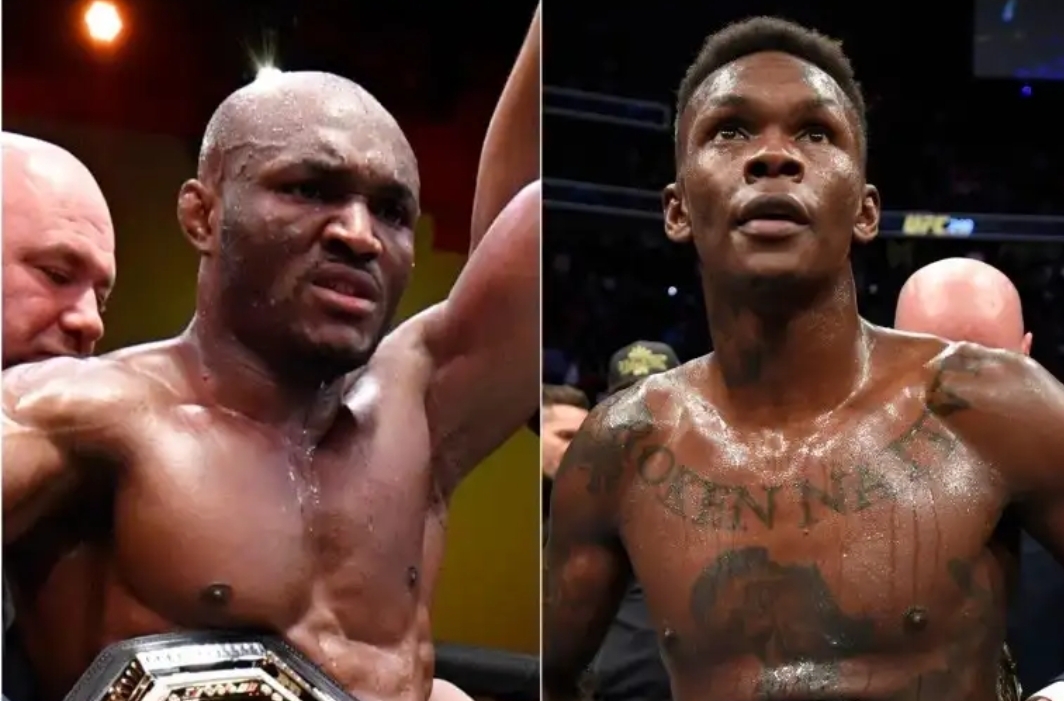 UFC welterweight champion Kamaru Usman says he will be willing to move up to the middleweight division of the sport on one condition.

Usman, who was speaking with ESPN on the matter, said he would only be interested in such if his friend and compatriot, Israel Adesanya was no longer champion.

33-year-old Usman recently defeated Gilbert Burns 34 seconds into the third round at UFC 258 – taking his record to 18-1 and defending his title for the third time.

The Nigerian and American said he would ‘absolutely’ consider stepping up to the 185 pounds category but that the move was dependent on New zealander Adesanya as he would never entertain going up to fight his friend.

‘Absolutely, absolutely. If Izzy’s (Adesanya) willing to move up – well he is moving up, but if he’s willing to give up that 185 belt and says “I have nothing to do with that anymore”, then absolutely I would entertain that thought,’ he said.

‘On no account right now would I ever entertain going up to fight Izzy. That’s just not something that I’m interested in.

‘I’ve stated over and over before, I’d rather two Africans with belts as opposed to one African with two belts.

‘After March, it’s gonna be three Africans with four belts. It’s a good time to be an African.’

Usman and Adesanya are regarded as two of the most dominant champions in the UFC at present. Adesanya, on his part, currently has a record of 20 wins and no losses in the division.