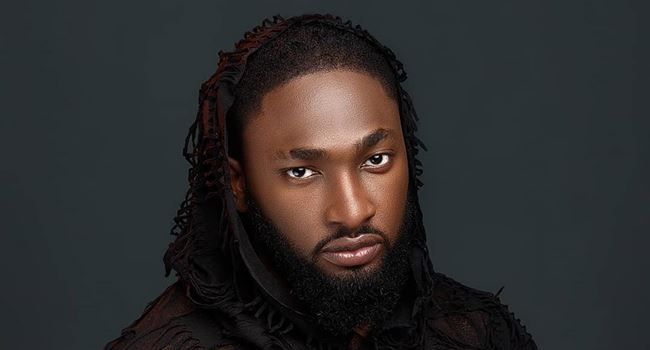 Former Big Brother Africa (BBA) reality show, Season Five winner, Uti Nwachukwu has threatened to drag a Twitter user who accused him of raping her sometime in the year 2017.

Korie who accused Uti of being a bisexual even went further to share a screenshot of a message from her device saved with the name “Uti 2” where he (Uti) apologised for forcefully having his way with her.

She said; “Uti is a violent and forceful person by nature.

“What he did to me, however, took me by surprise as he always smiled at me like he meant well.

“Uti is a bisexual. He treats his guys with more respect but he’s more into women.

After coming across Korie’s accusation on social media, Uti took to his Instagram account on Thursday to address the issue ordering the accuser to step forward, show her identity, and equally report the case to the authorities within 3 days.

The former Next Movie Star housemate further promised to foot the fees the accuser incurs in reporting the alleged crime stating that if after three days, the person doesn’t take action, he will seek legal redress.

Uti wrote on Instagram; “I reject this characterization and deny these baseless allegations in the strongest way possible.

“Furthermore, I am urging this faceless victim to report this purported crime to the nearest police station.

“I am willing to pay for all the fees you incur in reporting this alleged crime.

“If after three days you fail to disclose yourself or report the crime, I shall proceed to report the case and the blog and other internet hosts must spread this fake news to the Inspector General of police for cyber terrorism and libel,” he concluded.

This came days after a Nigerian model scout, Benjamin Ese, called out Dbanj for allegedly raping his friend two years ago.

His accusations came after the singer joined the campaign against sexual violence and demanded justice for rape victims in a post on his Instagram page.

According to her, the music star forcefully had s3x with her sometime in 2012.

She disclosed that she decided to make it known publicly because of the experiences of rape victims being shared online.