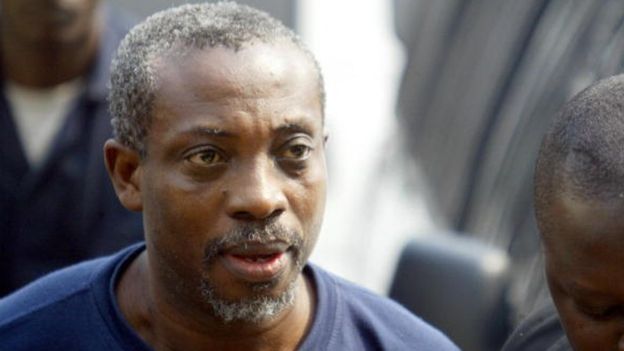 Ralph Uwazuruike, founder of the Movement for the Actualisation of Sovereign State of Biafra (MASSOB), has taken a swipe at the leader of the proscribed Indigenous People of Biafra (IPOB), Nnamdi Kanu, saying that the security outfit the group set up last year, the Eastern Security Network (ESN), was illegal and only exists on social media.

Uwazuruike who is also the leader of the Biafra Independent Movement (BIM), said this while appearing as a guest on a TVC programme, ‘ Your View’ on Tuesday.

He also gave his backing to the new security outfit, Ebube-Agu, set up by governors in the South-East region, declaring that the new outfit is the authentic one.

According to Uwazuruike, Kanu’s ESN was an illegal group which had no backing under the law and does not enjoy the support of many Igbos.

“It is only the South-East governors that have the authority to establish a security outfit for the people of the South-East,’ he said.

When reminded of the impact of the ESN set up by Kanu and IPOB, Uwazuruike who heads one of the groups agitating for a separate Biafran Republic, said:

“No individual has the right to establish any security outfit for the South-East.

READ ALSO: Uwazuruike should be ashamed of himself, I’m way ahead of him –Nnamdi Kanu

“I had the capacity to establish a security outfit for the South-East but I didn’t do that because we must believe in the rule of law.

“We have elected able governors who are entitled to do such functions; no individual, no matter who you are, without consultation, should open a security outfit for the South-East region.

“So, it is only the Ebube-Agu opened and established by the governors that is recognised as the security outfit for the South-East.”

On the ESN, the MASSOB leader said:

“The only security outfit I recognize is Ebube-Agu and I am willing to donate 5,000 of my men and women to work with the South-East governors without interfering.

“I believe with time, the Houses of Assembly in the South-East would back up the new security outfit with the instrument of law.”