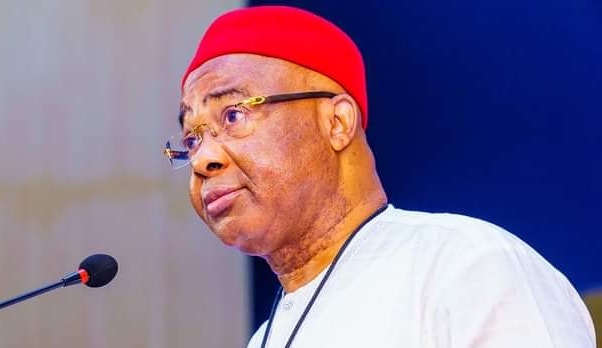 The Imo State Governor, Hope Uzodinma, has relaxed the 24-hour curfew imposed on the state.

In a statewide broadcast on Saturday, the governor said the curfew would now run from 6:00 p.m. to 6:00 a.m. daily.

He said the decision to relax the curfew was because the tension which led to the imposition of the 24-hour curfew in the state has been controlled.

Uzodinma said security operatives are trailing those who hijacked the #EndSARS campaigners’ peaceful protest and destroyed public and private properties across the state.

The hoodlums had burnt several police stations during violence that trailed the #EndSARS protests in the state.

READ ALSO: Poverty, greatest cause of insecurity in Nigeria —Uzodinma

Two soldiers and three civilians were also killed by the hoodlums while several others were seriously injured in the violence.

However, the governor said a security report had revealed that those who killed the security personnel and caused wanton destruction of properties are not indigenes of Imo State.

He said the hoodlums were hired killers whose mission was to destabilise the peace in the state.

The governor assured the public that the suspects would soon be arrested and prosecuted for their actions.