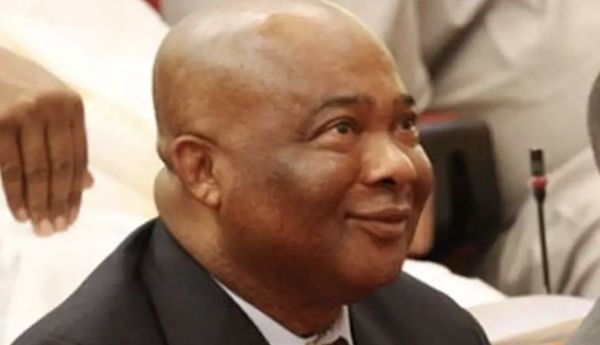 Imo State Governor, Hope Uzodinma, on Wednesday, hinted on plans to launch the state’s version of Operation Amotekun to confront the activities of criminals in the state.

The governor stated this in his first broadcast and also declared that he would flush out internet fraudsters popularly known as ‘yahoo yahoo boys’ from the state.

He also launched Operation Flush Out Criminals, to tackle kidnapping and all forms of crimes in the state.

He said: “We shall create a Neighbourhood Security Watch code-named ‘North East West.’

“It will involve a coordinated network of Community Intelligence Gathering Programme in liaison with the NPF, DSS, NSCDC, NSO and some private security companies.

“In tandem, we shall launch Operation “FOC,” (Flush Out Criminals) – a combined security operations targeted at flashpoints and centres of high criminal activities, including hideouts, jungles, uncompleted buildings, forest, shrines, lakes and the creeks.

“Whether in Ohaji Egbema, or Nwaorieubi Shrine at Ifakala, or in the thick jungle at Akokwa, or Njaba or Urashi, we shall rout them and free our society of the menace of banditry, kidnappings, and ritual killings including Yahoo-Plus, and Alibaba Gangstars. It shall be a “SAD” season for criminals in Imo State.”

The governor also indicated that community leaders, traditional rulers and leaders of various town unions would be made to partner with the administration in the quest to tackle insecurity.

“Community leaders, traditional rulers and town union presidents, shall be held responsible for any security lapses within their domain.

“Failure to report, concealing or benefiting directly or indirectly from proceeds of criminal activities, shall attract maximum punishment”, the governor said.

INVESTIGATION… Kaduna community where children learn under trees, with no facilities despite N160m budget for classrooms