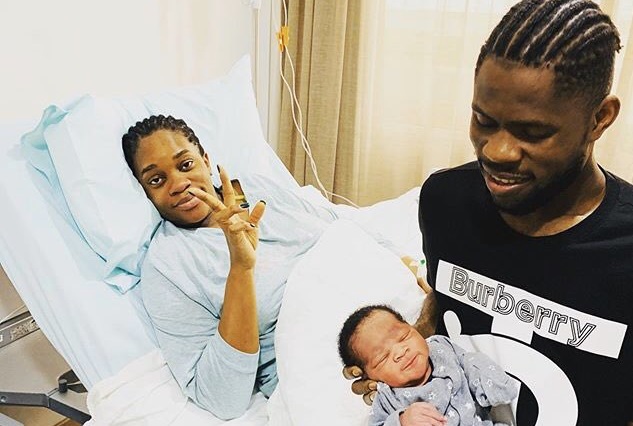 Super Eagles goalkeeper, Francis Uzoho has announced the delivery of his first baby as his wife, Soomie Uzoho puts to bed a baby boy.

Uzoho, who wedded in December 2018 at the age of 20, took to the social media to announce the birth of his son with a photo of the new baby alongside his wife on the hospital bed.

“Welcome to the world son #first son# pinky na woman you be jare @soomieuzoho IN CHRIST ALONE,” the Nigerian shotstopper wrote on his Instagram.

Uzoho is currently recovering from a long-term injury which he sustained during an October 2019 friendly game between Nigeria and Brazil which ended 1-1.

The 21-year-old is currently on loan at Omonia Nicosia of Cyprus from Spanish outfit, Deportivo La Coruna.