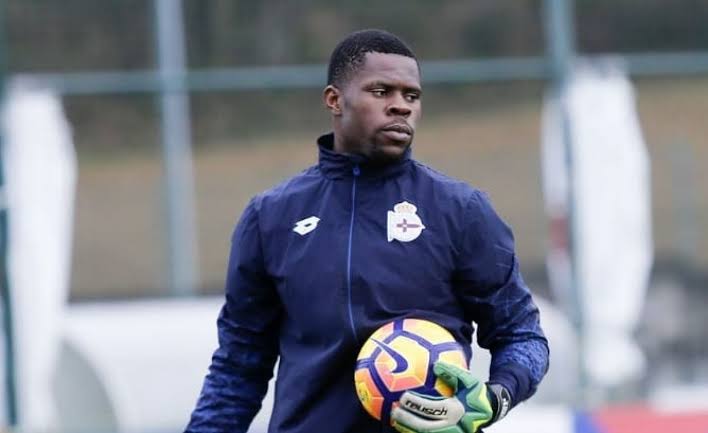 Super Eagles goalkeeper, Francis Uzoho has expressed his disappointment over the suspension and fine handed to him by the Cyprus Football Association (CFA).

The 20-year old has been in the middle of a minor scandal since his loan move to Anorthosis Famagusta from Spanish second-division side, Deportivo La Coruna.

Two days after completing the move, Uzoho featured for his new club and helped them secure a 1-0 victory over Apollon Limassol.

But Limassol later filed a protest with the CFA claiming Uzoho was ineligible to feature in the game, questioning the validity of the mandatory medical certificate submitted on behalf of the player.

Uzoho, who had been absent from two subsequent games as a result of the scandal, was earlier this week handed a one-match ban and a fine of 1,000 euros, even as his club got a 9-point deduction.

Uzoho will therefore be absent again this weekend when Anorthosis play against Ermis in the league.

“How I feel is complicated because I have complex feelings. I can not speak clearly about what I feel. They have stopped me from playing. I’m sad,” Uzoho stated in an interview with Alpha Cyprus news centre.

“It has never happened before. Nor have I heard it again, this is the first time in European football.”

The goalkeeper is however not considering leaving the club, at least not before the end of his contract.

“I do not want to leave because I can not leave.

“If I go to vacation I can not play anywhere else and I want to play. So it is not an option. I want to play in Anorthosis, I have a contract until May,” he added.

Uzoho was Nigeria’s first choice goalkeeper at the 2018 FIFA World Cup in Russia; and is set to be the number one when the team travel to Egypt for this year’s Africa Cup of Nations.