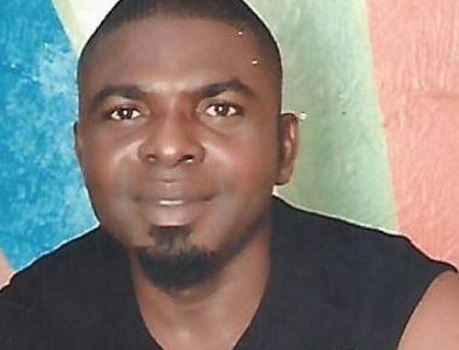 The diminutive Vice-President of Nigeria, Prof. Yemi Osinbajo, is a remarkable gentleman without much complex. Blindly loyal to the system, malleable, and with little or no political power base he comes across as a man without the habitual trait of a professional politician. As a former Pastor with the Redeemed Christian Church of God, (RCCG), before dabbling into politics a la Goodluck Jonathan Osinbajo is content playing the politics of correctness for good or bad reasons. A hard look at Osinbajo reveals the image of an upright man who stands on the pillar of truth and social justice. Yet that is not enough to pass a verdict of ‘righteousness’ on the second citizen of the nation.

Prof. Osinbajo, a born-again Christian, happened on the national stage by sheer good luck and loyalty to the godfather. As the APC was formed prior to the 2015 presidential poll Asiwaju Bola Tinubu single-handedly imposed Yemi on the APC as the running mate to PMB, the then opposition candidate now President. Having worked with Tinubu as Commissioner when the ‘Lion of Bourdillon’ was the Governor of Lagos State, Osinbajo must have earned the respect and admiration of the Lagos kingmaker leading to his choice as Buhari’s deputy-to-be then. Today he owes his emergence to only one man (Tinubu) and his loyalty lies with him more than the President himself.

By his recent declarations the Vice-President appears to be gunning for something very dear to his political career: re-evaluation or re-consideration of his masters in the state of aquatic splendour or the FCT. Behind his controversial interventions lately one could decipher a determination to impress both the visible and invisible forces. It takes a whole lot of sacrifice, of course, to extract favour from the created or the Creator! With the 2019 presidential election announcing itself on the horizon as a mortal political combat between the opposition and the ruling party Osinbajo, unsure of his political future, seems to be doing everything within his powers to impress those who have the power to re-impose him as Buhari’s running mate for 2019.

Recently the former President Goodluck Jonathan had to petition publicly the General Overseer of the Redeemed Christian Church of God, RCCG, Pastor Enoch Adejare Adeboye following repeated accusations of fiscal larceny levelled against him and his PDP lieutenants in power for six giddy years pleading with the man of God to call Osinbajo to order by telling him to stop lying over allegations that he looted the country dry when he served as Nigerian President. In the petition GEJ had angrily cast aspersions on the Vice President decrying his penchant for ‘unfounded allegations’ and ‘unverifiable claims’ aimed at tarnishing further his already battered image. The former President said Osinbajo had been peddling falsehood against his person and had repeatedly ignored warnings asking him to stop his “nasty habit of lying”!

Now, whether the venerated Pastor Adeboye had responded to the petition against his former Pastor is yet to be announced but one thing is sure: the busy rich servant of Christ must be in the know of the petition and good manners demand that he acknowledged same privately or publicly. Jonathan’s stewardship remains as ridiculed as any failed administration could have hoped for. He has lost every credibility and no amount of mea culpa or apology from his political family could remedy what was considered to be about the worst przesidential outing in our national history.

Read Also: 2019 and the politics of campaign finance

At different fora Osinbajo had accused Jonathan of monumental corruption running into billions of Dollars. And recently in Lagos the Vice President had stated that during the Jonathanian presidential era three unnamed persons had stolen $3 billion (N1 trillion)! Osinbajo has been firing from all cylinders lately drawing flaks from the opposition PDP. Before re-organising itself (nay, reforming itself) by holding an elective national convention post-litigation two of its prominent members (former Minister Femi Fani-Kayode and Ekiti state Governor, Ayo Fayose) were very vociferous in their declarations countering the propaganda machine of the ruling APC party.

Fayose and Fani-Kayode had been on the frontline battling the “lies” of Lai Mohammed, Yemi Osinbajo and the President himself. They would tackle every move, pronouncement and policy of the regime throwing heavy political punches and keeping the then divided opposition party in the game. They raised the right points and condemned the condemnable without let or hindrance before Uche Secondus and his executive members took office at Wadata Plaza.

Governor Fayose and Fani-Kayode had taken Osinbajo to the cleaners on many occasions questioning his faith and patriotism. They called him names (including ” pernicious liar”, “disgrace and traitor” and “dwarf”). The physical size of the Vice President was brought into the mix in a disrespectful manner. Yet, Osinbajo moved on appearing unfazed by the criticisms. With the 2019 general elections looming ever large the PDP are making the right noises and scoring some political points in so doing.

Prof. Osinbajo might not be as handsome or tall as his opponents would have loved but political performance is not measured on such terms. If politics is a beauty contest then Olusegun Obasanjo or Abdullahi Wade (of Senegal) would not have presided over the national affairs of their respective countries. God creates Homo Sapiens differently. We have those that are on the fat side and those made slim, short or tall. He made some intelligent and others morons. That is why all fingers are not equal. In life skill matters more than size. And heart more than height! So, Osinbajo’s size does not represent any disadvantage in our reckoning.

For us, therefore, the Vice President may not look as handsome as Fani-Kayode and he is certainly not a philanderer as him. He may not be associated with electoral heist like Governor Ayo Fayose and he is certainly not a political reprobate as him but Nigerians appreciate his political methods and tactics more than the discredited duo. He is performing creditably well in the estimation of many a Nigerian.

Since he was voted out of power in 2015 Jonathan had tried gently to lie low nursing his defeat with equanimity but the demons of high-wire corruption would not allow the Otuoke man enjoy his untimely retirement from politics Nigeriana. But now he seems to have taken the Osinbajo bashing very personal going by his petition to Pastor Adeboye. Given the recurring problem of graft involving huge funds his wife, Patience, has been having with the anti-graft agency, the EFCC, GEJ’s family has been brought to national scrutiny again and again over the way and manner he presided over the resources of the country during the years he incompetently held sway in Aso Rock.

If GEJ is claiming, for example, that he did not steal that is melody to the ears but how come his wife was able to corner billions of our money? How come we had Diezani-gate and Dasuki-gate? Why, then, is the powers that be always complaining of the mind-boggling looting that went on during the years of GEJism? Why is Sambo Dasuki in prison and Diezani Allison-Madueke hiding in London as a fugitive?

Since there is a ‘lie’ (sorry Lai Mohammed) of a Minister in the Buhari administration — so claimed some opposing voices under the torn umbrella — it remains to be seen whether Osinbajo has not been drafted or co-opted reluctantly into the lying team of the ruling APC political machine. If it is proven to be the case then the Vice President must have betrayed indeed his Christian pastoral faith.

Prof. Osinbajo is not the first Man of God to venture into the murky waters of Nigerian politics. Decades ago, Rev. Father Moses Adasu won the guber polls in Benue state as Governor! At the federal level the former flamboyant musician turned preacher of the Gospel, Chris Okotie, had attempted twice with his Fresh Party to be President but failed at every turn. The Latter Rain Assembly fiery Pastor, Tunde Bakare, had tried his luck years ago as Buhari’s running mate in a presidential election they were alleged to have been rigged out of victory.

Today Bakare, firing from the rich pulpit in Lagos, had recently told his congregation prophetically that God had told him that his presidential ambition was still alive and well! He cnsequently asked them to intensify prayers and fasting for the Supreme Being to give him the green light! We are awaiting the arrival of the good tidings! If what it takes to make Nigeria work again and achieve her destined greatness is for a man of God to take charge at the centre so be it.

The ultimate question, in the final analysis, worth asking is this: Is VP Osinbajo, in spite of his much-vaunted evangelical faith, a glorified liar? While we refuse categorically to answer in the affirmative for obvious reasons, your guess is as good as ours. Suffice to say however that the opposition PDP had a point in pointing out what seems to be the stock-in-trade of the average Nigerian politician: duplicity!

Against this backdrop we hold nonetheless that the VeePee must have exaggerated on certain statements concerning the achievements of the present administration he is part of. He must have wittingly or unwittingly told some half-truths by playing on facts and figures to please his bosses in Lagos and Abuja. That does not necessarily make him a liar but it interrogates his inner conscience as a former man of God now dining and wining with mammons and mermaids! We leave him to his conscience and God for final judgement.