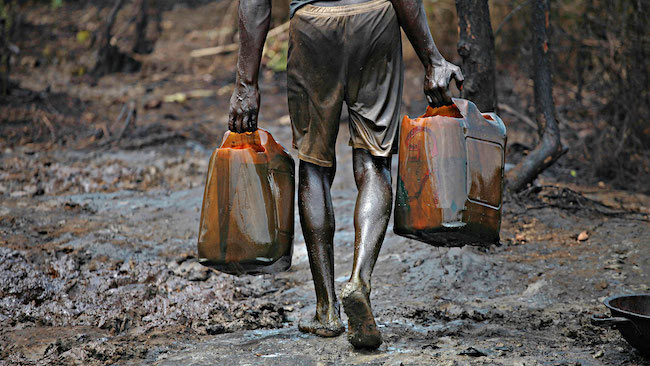 Nigeria in three months (August to October) has lost over N556 billion worth of oil revenue due to the shutdown of eight oil terminals.

The shutdown were as a result of decaying upstream infrastructure, vandalism and community-related issues among others.

The Nigerian National Petroleum Corporation revealed this in its latest FAAC report obtained from its website.

These shutdowns led to losses and deferred crude oil production of over 14 million barrels.

In October 2021 alone 4,824,946 barrels of oil were lost the lowest among the figures posted during the three-month period.

In its report NNPC explained that the losses recorded in October were due to technical problems, pumping was suspended into Forcados while community-related issues delayed the reinstatement of activities at a Heritage Energy facility.

Also, there was shut-in from Walter Smith due to low pressure as the combination of these, the NNPC said, led to the loss of 456,563 barrels in the Forcados terminal.

In Bonny, the document showed that Aiteo shut down production due to some infractions at Owangbai Tuma axis, leading to a total loss of 1.03 million barrels of oil.

It was the same story in Odudu, where there was a decrease in production due to maintenance work at the facility, effectively bleeding Nigeria to the tune of 1.250 million barrels of crude oil in the period under review.

For Brass, the Energia injection into the line was suspended due to pipeline damage as well as shut-in of platforms due to flow line leakage, pressure build-up, high sand production and community issues. These caused a total shut-in of 106,000 barrels.

Furthermore, a faulty valve in the Yoho terminal led to a loss of 420,000 barrels, while in Urha 1.468 million was lost due to shutdown for maintenance.

Similarly, production on the Ajapa terminal was reduced by 30,000 barrels while that of Aje decreased by 62,000 barrels of crude oil.

These losses will likely continue as Shell Nigeria a  few days ago announced a halt in crude shipments from the same Forcados.

In a statement shell announced a “force majeure” on exports of Nigerian Forcados crude oil after a malfunctioning barge obstructed tanker path.

The blend is one of Nigeria’s unique crude, with an average turnover of about 200,000 barrels per day.