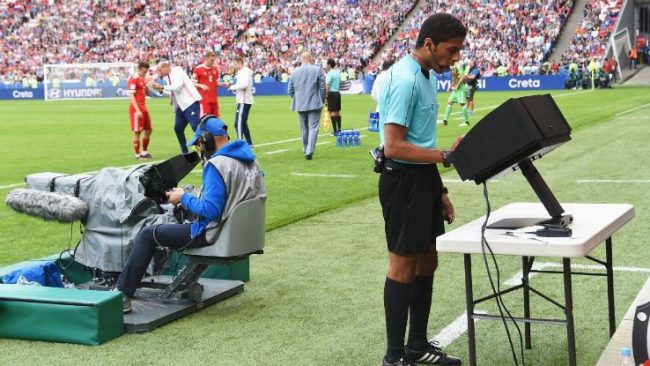 European football body, UEFA has announced that Video Assistant Referee, VAR, will be used in the Champions League next season.

This is coming over a week after the controversial red card awarded to Juventus forward, Cristiano Ronaldo, during their Champions League opener at Valencia.

The Portugal captain, 33, was sent off during Juve’s 2-0 win over the Spanish side last week after appearing to pull defender Jeison Murillo’s hair.

He will miss Juve’s next Champions League game against Swiss club Young Boys on 2 October, but will be available to play former club Manchester United next month after UEFA says he will serve only one match ban.

The system was used at the 2018 World Cup in Russia, and it allows referees to review footage of key decisions.

“We’re confident that introducing VAR in August 2019 will give us enough time to put in place a robust system and to train match officials to ensure an efficient, successful implementation of VAR in UCL, the world’s flagship club competition.” UEFA president Aleksander Ceferin told reporters.

Australia’s A-League was the first top-flight league to use the system in 2017, with Major League Soccer in America soon following.

La Liga, Serie A and other major leagues are also using the system. England’s Carabao Cup is using it in all fixtures held at Premier League grounds this season, but the Premier League is yet to adopt the system.