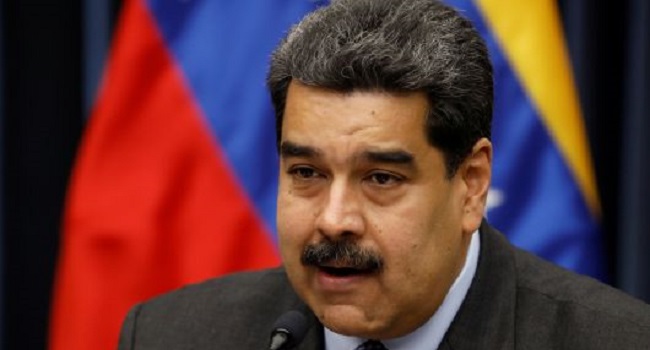 Embattled President of Venezuela Nicolas Maduro has vowed not to relinquish power and has described food aid by the US currently sitting at the border with Colombia as ‘mere crumbs’.

Speaking in Caracas, Maduro also blamed the current food and medicine shortages in his country on Washington’s move to freeze billions of dollars in Venezuela’s assets.

However, Maduor informed that he has invited a US special envoy to come to Venezuela following a recently held secret meeting with his foreign minister with the US official in New York.

“If he wants to meet, just tell me when, where and how and I’ll be there,” Maduro told AP, without providing more details. He said both New York meetings lasted several hours.

Reports say opposition supporters continue to engage in rallies nationwide in a country where food and medicine shortages are rife but Maduro is accusing the US of ‘distorting the situation to justify intervention’.