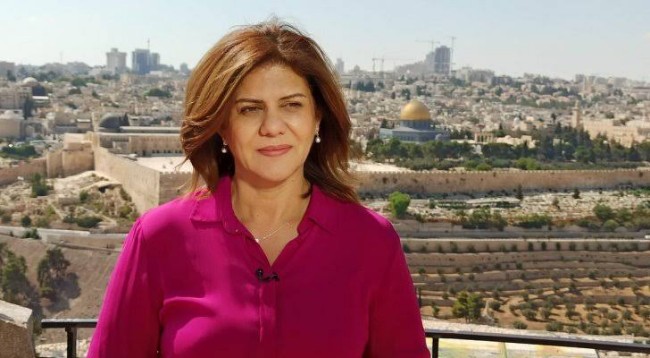 A veteran Palestinian reporter with the Al Jazeera news agency, Shireen Abu Aqleh, has been shot dead during an Israeli army raid in a refugee camp in the West Bank city of Jenin on Wednesday morning, with Israel and Palestinians trading accusations of responsibility in the killing of the 51-year-old journalist.

According to the news agency, Aqleh was shot in the head while covering the Israeli army operation in the city, which has seen high tensions in recent days.

While Al Jazeera has accused Israeli forces of killing the journalist, Israel is claiming she might have been shot by Palestinian militants.

In a statement issued by Al Jazeera following the incident, the agency called on the international community to hold Israeli forces accountable for their “intentional targeting and killing of Ms Abu Aqleh.

Also on Wednesday, the spokesperson for the Israeli Occupation army issued a statement regarding Ms Aqleh’s death.

“During the military activity in Jenin camp, Palestinians fired heavily at the forces, in addition to throwing explosive devices, as the forces responded with fire, without causing any casualties

“An investigation is underway into the possibility of journalists being shot at, which may have come from Palestinian gunmen.”

“According to the information in our hands right now, there is a good chance that armed Palestinians, firing wildly, brought about the tragic death of the journalist,” Bennett said in the statement.

However, Palestinian President Mahmoud Abbas has called Abu Aqleh’s death an “execution” and “an ugly crime” while the Hamas terror group accused Israel of “deliberately assassinating” her.