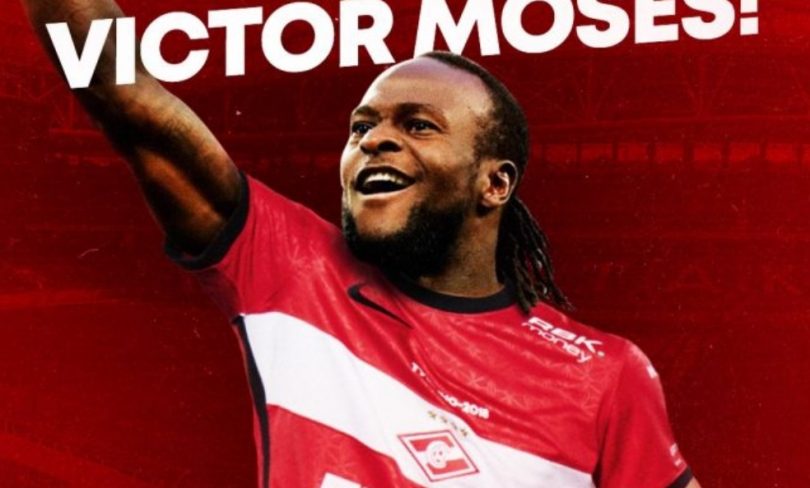 The 29-year-old will stay at the Moscow club until the end of the 2020-21 season, with an option to make a permanent move.

This would be the sixth time Moses is joining a club on loan since 2012 when he joined Chelsea.

“Spartak Moscow and Chelsea have agreed the transfer of Nigerian star Victor Moses to our club. The loan agreement with the 29-year-old midfielder is until the end of the season with the option to buy! Welcome, Victor!” reads a statement on the club’s official website.

“Moses is a versatile footballer capable of playing in a variety of offensive positions, while in Nigeria and former clubs he has been more likely to play on the right flank. Including – as an extreme attacking defender.

“Victor was born in Nigeria, where he lived until the age of 11, and then ended up in England and studied at the academy of the London club “Crystal Palace”, where he began his professional career.

“As part of Chelsea, the red-and-white rookie became the champion of England, the winner of the National Cup and the Europa League. In total, Moses played 128 matches for Londoners, in which he scored 18 goals and made 13 assists.

“Moses spent the second half of last season on loan at Serie A club Inter Milan.”

After representing Nigeria at the 2018 FIFA World Cup, Moses retired from international football.