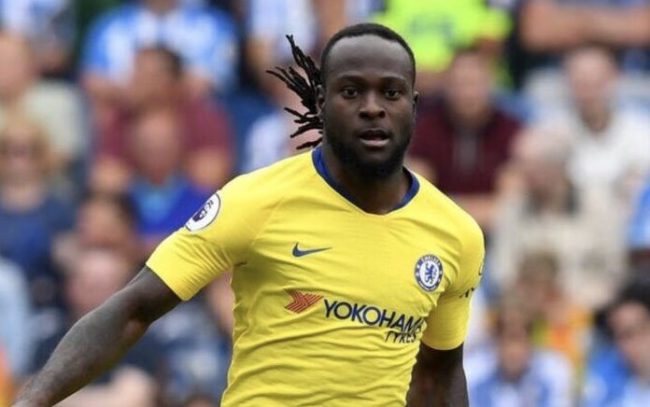 Former Nigeria international, Victor Moses may join Wolverhampton Wanderers during the next transfer window as the club have reportedly renewed their interest in him.

Moses, who recently retired from the Super Eagles, has been out of favour at Chelsea, as he is yet to play up to 30 minutes in the English Premier League this season under new coach Maurizio Sarri.

The 27-year old was heavily linked to Wolves at the start of the season but the deal fell through after they failed to match his valuation.

Read Also: Wilder talks tough ahead of showdown with Fury

But according to hitc.com, the Nuno Espirito’s side are set to rekindle their interest as the January transfer window is at hand.

Chelsea manager, Sarri had said Moses does not fit into his style of play. He said this over the weekend, as cited by London Evening Standard, UK.

“Moses is more suitable for playing like a wing back, than a winger or a fullback. Do they (Moses and Drinkwater) have a future at Chelsea? I don’t know. They have to improve but their characteristics are a little bit different,” he said.

Meanwhile, Chelsea are currently second in the league table while Wolverhampton Wanderers are 11th in the standings.