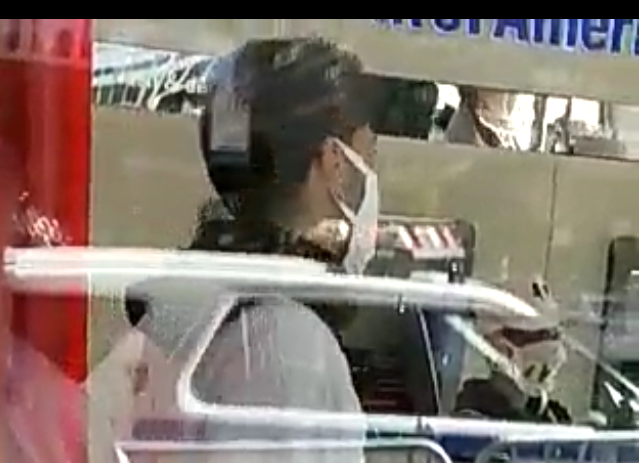 A video has emerged in the internet allegedly showing some non Nigerians being recruited to take part in counter-protests in support of the Nigerian government at the United Nations General Assembly on Friday in New York.

Ripples Nigeria had reported that an unknown man who called himself “a Biafran” interviewed some of the counter-protesters in an earlier video..

One of the groups protesting against the policies of President Buhari are the Yoruba Nation and Biafra agitators, Nigerian Indigenous Nationalities Alliance for Self-Determination (NINAS) which is headed by Prof Banji Akintoye.

Akintoye had accused the Nigerian govt of renting Americans for a counter-protest at the cost of $500 per person.

In the latest video which went viral on Saturday, a man speaking in Yoruba bemoaned the level of corruption being perpetuated by those who allegedly paid foreign protesters while issuing branded shirts.

The video depicted some non-Nigerians distributing monies and branded caps and t-shirts for the counter-protests at UNGA.

The unnamed man said, “This is where they are distributing the money and branded clothes to the non-Nigerians putting down their names. There is corruption everywhere with the federal government’s influence. May God protect us from this corrupt government.”

The Federal Government is yet to issue an official statement regarding these claims.