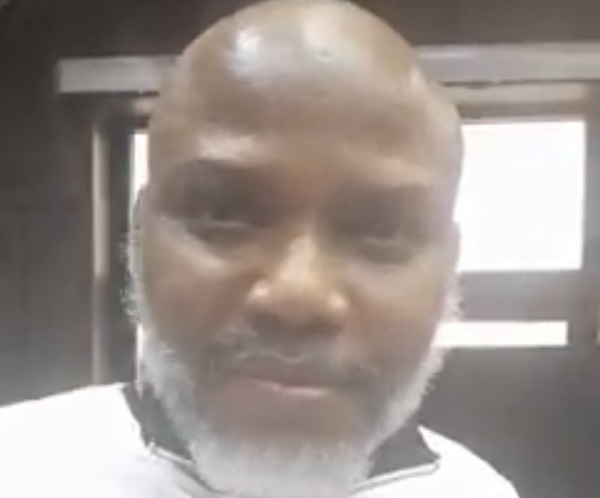 The leader of the proscribed Indigenous People of Biafra (IPOB) Nnamdi Kanu on Tuesday called for peace and calm in the South-West region of the country.

The secessionist leader made the call when he appeared before Justice Binta Nyako of the Federal High Court, Abuja in the hearing of his bail application before the court.

Kanu, who is being tried for alleged treason against the Nigerian state, in a short video after the court session called for peace and calm in the South-East of Nigeria, noting that the struggle for Biafraland was to defend the people and not to kill them.

He said “I want Biafra land to be very very calm and peaceful. We’re fighting to defend our people and not to kill them.
That’s why I am here. And we’ll continue to do so until we get victory”.

His call came in the wake of kidnappings, killings and attack on security agents that has led to the death of some people in that region by those tagged ‘unknown gunmen’.

Many are waiting to see if Kanu’s admonition would have any effect on the spate of killings that has recently pervaded the South-East Nigeria.