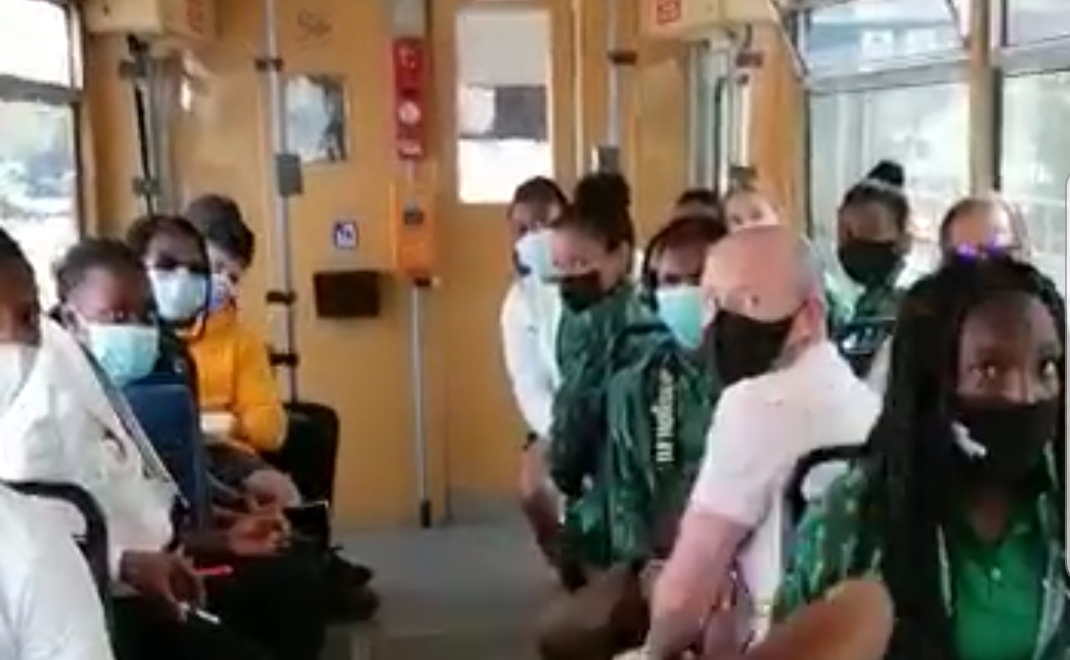 A video has surfaced on social media, in which a Nigerian man living in Austria was harrassing the national women’s football team, Super Falcons.

The man, who spoke English and Hausa languages, had his camera on and was speaking angrily to the team inside a public bus in the city of Vienna.

He mentioned that he was a former player of Nigerian football club, Julius Berger FC, before moving to Austria, where he says he is suffering.

Recall that the Super Falcons were on an eight-day training camp in Austria in preparation for the Aisha Buhari Cup billed to hold in Lagos in September.

“I am also a Nigerian. I am living in Vienna for so many years,” he said to the players and officials.

“You people are representing a terrorist organisation and government.”

He added: “You Nigerian youths should be very ashamed of yourselves. Every one of you. This can’t happen in another European country.

“A football team should know that we are suffering the youths of Nigeria.

“Over 10 million Nigerian youths are abroad doing nothing and you people who should know the truth are representing a terrorist organisation called Buhari. Kidnapping citizens, killing youths”.

The man was seen ranting, but in defense, the Nigerian ladies and some other men with them on the bus were forced to reply him erupting into a pandemonium.

Below is the full video:

Related Topics:#featuredAustriaNigeriaSuper Falcons
Up Next

JUST IN: Joshua to fight Usyk at Tottenham in September