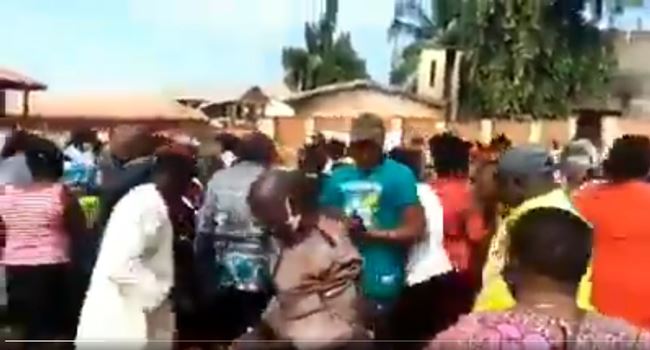 A video on social media has shown voters scampering to grab money from a politician in the ongoing governorship election in Edo state.

Another electorate who spoke in the video said the politician sharing the money was known as Ehiz, a chieftain of a political party who came to share money.

When he was further probed by the person recording the video to confirm what the politician came to do, the voter replied “I don’t know – I don’t know”.