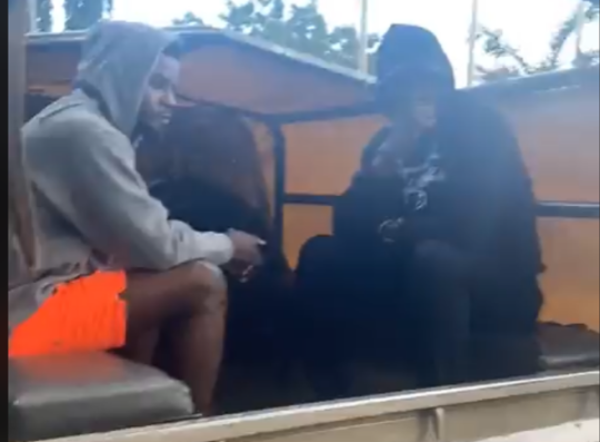 Nigerian recording artiste, Kizz Daniel whose real name is Daniel Oluwatobi Anidugbe has been arrested in Tanzania for not showing up to perform at an event, after he was reportedly paid in full.

The concert goers left the event infuriated, after he failed to show up and perform which prompted the event organizers to call for his arrest according to multiple reports online.

The popular singer was scheduled to perform at the Warehouse, Old Nextdoor Arena in Tanzania, on Sunday night, as part of his Afro Classic World Tour.

Following his failure to show up, a video of angry fans trashing the show’s venue had trended earlier.

In fresh videos trending on Twitter, however, the singer wearing a hooded jacket was seen being led by policemen into their vehicle.

Watch him get arrested below.

Confirmation of Kizz Daniel’s arrest by the organizers of the summer amplified show in Tanzania,where he refused to perform. #Kizzdaniel pic.twitter.com/MIdK25PiAw

Moments after his arrest, the concert organizers, Big Step consultancy, released a statement to address concertgoers, first apologizing for the musician’s no show and also vowing to reimburse them.