Home » Metro » Village Headmaster scriptwriter, English teacher and 10 other things you may not know about late Alex Akinyele 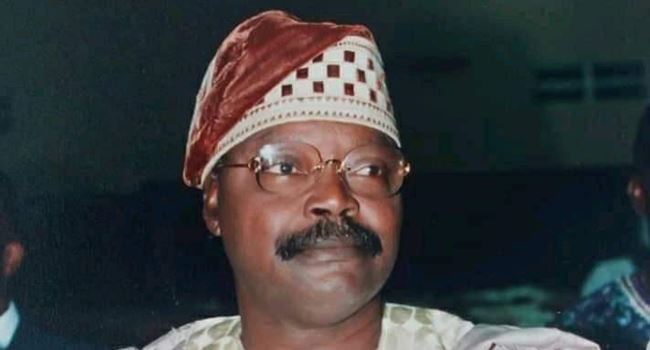 A former Minister of Sport/Chairman of the National Sports Commission, Chief Alex Akinyele is dead. A family source of the Ondo high chief said he died on Thursday after a brief illness.

As a parting shot, Ripples Nigeria highlights 12 things you may not know about the late amiable administrator who won the hearts of many while he was still in active service.

· He was born in Ondo town to a father who was a teacher but later served in the West African Frontier Force during World War II.

· After his father’s return from the war, Akinyele began his primary education at All Saints School, Ondo, and completed secondary studies at Gboluji Grammar School.

· He then attended St Andrews College, Oyo, to obtain a teacher’s training certificate.

· At St Andrew’s the principal was Seth Runsewe Kale, who took a liking to Akinyele and appointed him a receptionist prefect, an ambassador for the school to receive visitors.

· After graduation, he taught briefly at his alma mater, Gboluji, before earning a degree in English language from the University of Ife.

· His degree was partially sponsored by a secondary school in Idanre and after completing his course, he returned to the school to teach English for a number of years.

· In 1967, Akinyele transferred his services to the Department of Customs in Lagos. While staying in Lagos, he also found time to work with a group of writers of the Village Headmaster.

· On the recommendation of Customs director, Etim Duke, Akinyele became the public relations officer of the department. He worked in that position until 1978 when he joined a cosmetic company.

· Akinyele was an investor in Newswatch magazine and played a role in negotiations between the Federal Government and magazine when the latter was proscribed in 1986.

· In 1993 as Chairman of the National Sports Commission (NSC), he superintended the country’s first qualification for the FIFA World Cup held in United States in 1994.

· In 1995, the late former Head of State, Gen. Sani Abacha appointed Akinyele as Head of a National Reconciliation Committee with the objective of opening a dialogue with interest groups in the country to support the regime’s democratic transition program.

· He also served as Minister of Information and Culture.

· A trained public relations specialist, Akinyele was a former president of the Nigerian Institute of Public Relations.