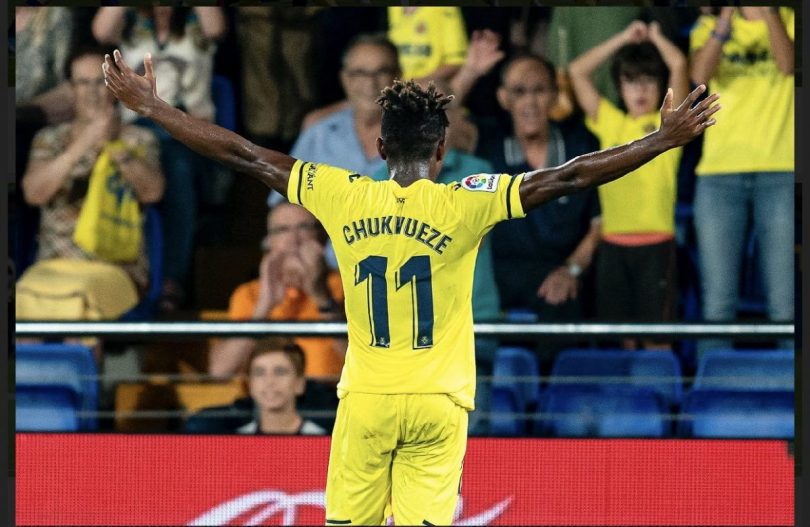 Spanish giants, Villarreal have celebrated one of their own, Samuel Chukwueze on his nomination for the 2019 Kopa Trophy award.

The 20-year-old, who has scored two goals in eight league appearances for Villarreal this season, was named among the 10 nominees for the award sponsored by France Football on Monday night.

“The yellow player @ chukwueze_8 is among the ten nominees for the Kopa Trophy, which recognizes the best U21 soccer player in the world in 2019 🔝👏💛,”reads a tweet on Villarreal’s Twitter handle.

Created last year, the Kopa Trophy which is named after former French footballer, Raymond Kopa is designed for the best U-21 footballer in the world.

The winner will be picked by former winners of the Ballon d’Or with the award ceremony to hold on December 2nd.