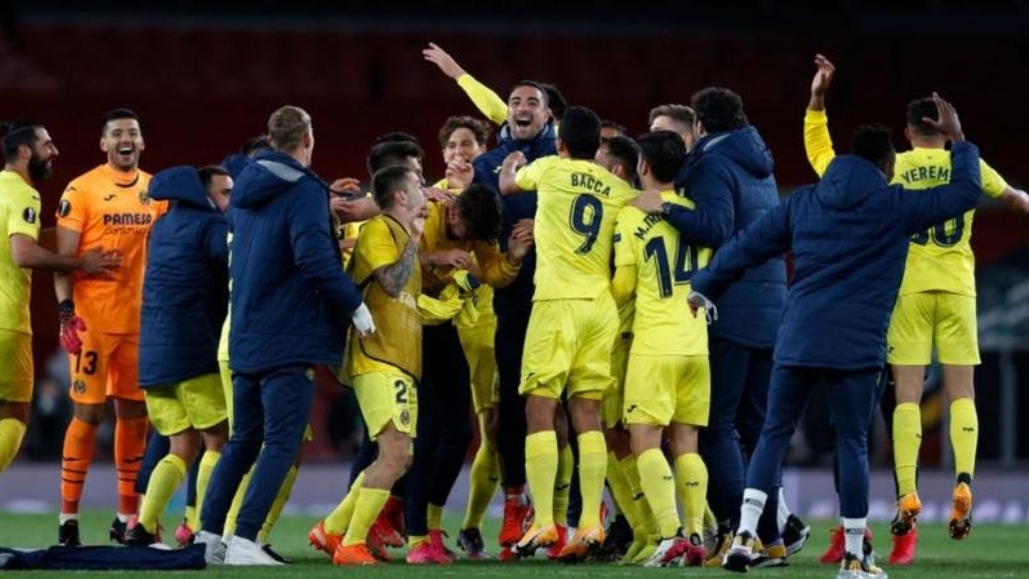 Spanish giants, Villarreal have knocked Premier League side Arsenal out of the Europa League after a 2-1 aggregate semifinal victory.

Villarreal had defeated the Gunners 2-1 in the first leg of the tie at home last week before traveling to the Emirates Stadium to hold Arsenal to a goalless draw on Thursday.

Arsenal striker, Pierre-Emerick Aubameyang could not translate his efforts to goals as the Gabonese hit the post twice.

Super Eagles forward, Samuel Chukwueze was in action for Villarreal but was injured in the 30th minute and substituted. But his side ensured they held on to set up a final with another English team.

In the other semifinal clash on Thursday, Manchester United also advanced to the final of the competition despite losing to AS Roma in Italy.

The Red Devils had won 6-2 in the first leg at Old Trafford last week but fell to a 3-2 defeat away to the Serie A side.

Edinson Cavani scored both United goals while Edin Dzeko, Bryan Cristante and and own goal by Alex Telles helped the hosts win.

The Ole Gunner Solskjaer reached the final on 8-5 aggregate score, and would face Villareal in the final in Gdansk on 26 May.