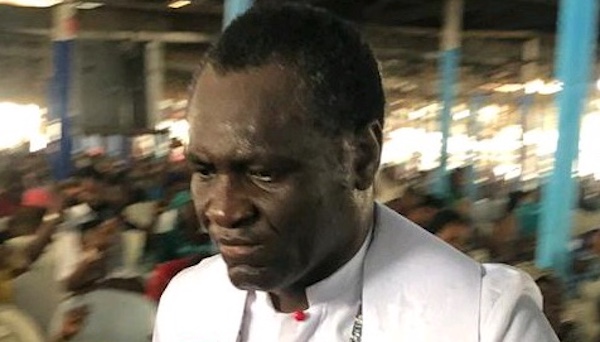 The founder of the Ressurection Praise Ministry Worldwide, Archbishop Samson Benjamin has predicted, that a virus deadlier than the covid-19 currently plaguing the globe will soon hit.

The cleric in a statement on Thursday, said God revealed this to him while on the mountain, where he has been for about three months now, but that the name of the virus was not revealed, hence he called it virus x, depicting an unknown.

Benjamin stated that China, where the disease originated from may not be the best place to seek help, as such may further jeopardize the efforts of Nigeria at fighting the disease, adding that there are no guarantees that the items coming from China, are virus-free.

Items like face/nose masks, protective wears, gloves and others from China may put Nigerians at risk he said, and called on the Nigeria Center for Disease Control (NCDC) the Nigeria Customs Service and the federal government not to allow such items into the country.

He advocated, that the government put in place a total lockdown, if need be, even as he noted that a greater calamity may befall Nigeria, if many people are affected by the disease, even as he lamented that the country may not have enough facilities and personnel to deal with a full-blown escalation of coronavirus disease.

According to him, this is why there is need for people to stay at home, where possible, and distance themselves socially by avoiding gatherings.

“This thing is affecting every aspect of our lives, physical, economic and even social. Our people must know that it is those who are alive that can attend parties”, he said.

He stated that Nigerian government needs to be more proactive in such issues rather than waiting for sympathy, adding, that the country could have made ready, facilities, personnel and policies when the disease broke out earlier in other countries, and had not even surfaced on African soil, giving example of Saudi Arabia, and how it has stayed free of even anyone with symptoms of the disease so far.

On some churches that went ahead to hold normal services last Sunday, against the directive of government banning gatherings of not more than 40 persons, the cleric said it was not intentional as many got the directive late on Saturday, and it was virtually impossible to cancel the services, even as some had ongoing programmed.

According to him, the church works with government to better the lives of the people and country, and they would not knowingly flout government directive, adding that many churches used the opportunity to also sensitize their members on the dangers of the coronavirus, and how to keep themselves safe.

Speaking further on calls in some quarters criticising Pastor David Oyedepo, the senior pastor of Living Faith Church Worldwide, popularly called Winners Chapel, Archbishop Benjamin called on Nigerians not to prosecute, or persecute him, as he has apologized, and even explained why the church service held last Sunday.

He also said certain calls for the arrest of Oyedepo were unnecessary, and may be viewed as victimization.