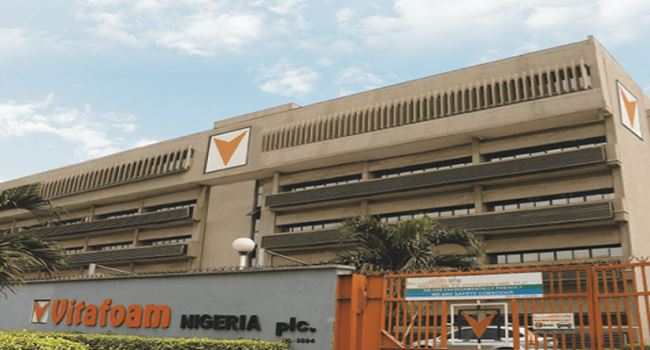 Vitafoam Nigeria Plc has reported a 128.9% leap in profit for the half year ended 31st March 2020, compared to the corresponding period of 2019.

The comprehensive details of the financial performance of the foam manufacturer in the review period are contained in its Unaudited Consolidated and Separate Interim Financial Statements, posted on the Nigerian Stock Exchange (NSE) website on Thursday.

Vitafoam achieved a considerable expansion in its earnings despite a slight fall in revenue owing to major cuts in certain areas of its expenditure.

Vitafoam’s outstanding shares currently stand at around 1.251 billion with an EPS of N2.96.

Simply Wall Street says the stock is undervalued as it currently trades at 88% below its estimated fair value.

Vitafoam’s Return on Investment is 31.43 while its Return on Equity is 17.82 according to Reuters.

Vitafoam opened trade on the floor of the NSE today at N4.51 per share.