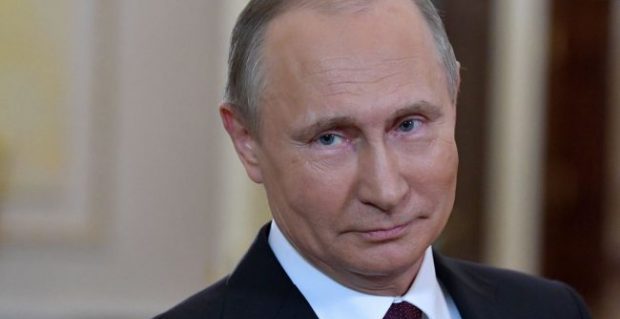 Just as Africa is busy clearing its stables of despotic Presidents-for-life, China and Russia are busy installing their own.

President Vladimer Putin has a won a new term in office in an election that was marred by vote rigging and intimidation of opponents. In China the constitution has been changed to allow incumbent President Xi Jinping to serve more than two consecutive terms in office.

From a Western, and the rest of the world’s , point of view it means both leaders will remain in power for as long as they wish leading to abuse of power, corruption and abolition of democratic rule.

On the international scene it’ll mean dealing with two difficult men who are set in their ways: their policies regarding trade, dispute-settling, arms build-up (- most importantly nuclear) will not change. Already Russia has started a throwback to its Cold war tactics: poisoning its dissidents abroad, rebuilding and advancing its nuclear arsenal and antagonising the West at every opportunity.

Both leaders have seats on the United Nations Security Council and their GDP far exceeds that of the West and their policies can make or break the world especially when Donald Trump, leader of the free world, is indecisive and unpredictable.

On the international scene, a Third World country dictator poses no threat except to his own country and people. But when these dictators happen to be the leaders of Russia and China the whole world is potentially in line for a lot of trouble.

Read also: Obasanjo and the extent of presidential powers

The idea of holding elections periodically is to enable a new leader to emerge with new ideas and policies: when the same person stays in the job for too long he’ll be practicing the same old stale policies over and over again.

We are all aware of what Presidents-for-life get up to once they’re in office for a long time: they become complacent, suppress free will and public opinion, resort to dictatorial tactics to rule and will indulge in cronyism and nepotism. Both Presidents have, over the years, have embarked upon crackdowns on dissidents: thousands who have opposed their rule have been locked up or murdered and have surrounded themselves with ‘yes’ men.

They ‘win’ elections to make themselves look democratic and respectable but the reality is they will exploit their status and the system to become dictators. Even though in their constitutions there are checks and balances that can mean they can be impeached and removed from office but when they control the judiciary they become effective above the law.

But the biggest problem here is trade and armed forces : China and Russia have sizeable armies equipped with the latest technology which they can unleash at a minutes notice: since Putin became President the probability of another World War has greatly increased as he continues to get involved in conflicts in Syria, the Crimea and elsewhere. He alone can start a war without the backing of the Russian parliament which makes him a very dangerous person.

The current US-China trade war also shows how vulnerable the rest of the world is : without trade with China, which manufactures 47% of our goods from buttons to cellphones, cars, computers… (you name it, it’s made in China!) we’ll be in trouble. With Trump sparking conflict putting up tariffs the Chinese can follow suit with all of us paying the price when things start costing more than they should. And China ‘owns’ America if you consider the fact China holds more than $1.2 trillion in US treasury bonds.( – I don’t think Trump knows this!)

And right now these two men who have set themselves up as Presidents-for-Life ,have the military and economic clout to change the course of the world. Two men who will not abide by the rules and will do as they seem fit.

Corruption is a Nigerian

Memo To Nnia Nwodo: Ike Ekweremadu Is Not A ‘Revered’ Igbo Son