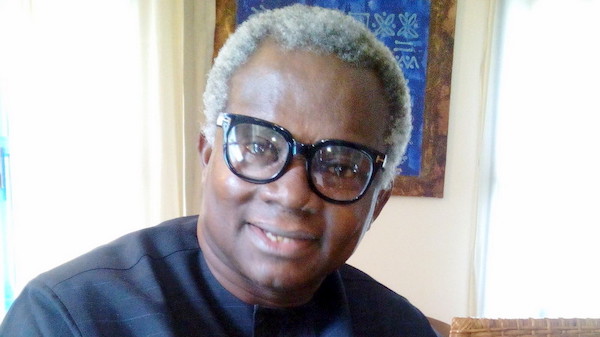 The Director-General of Voice of Nigeria (VON), Osita Okechukwu, said on Sunday the ongoing move by the Peoples Democratic Party (PDP) presidential candidate, Atiku Abubakar, to reconcile with the five-aggrieved governors of the party was belated.

Okechukwu stated this in a statement issued in Abuja.

He was reacting to a statement credited to the former Vice President on the All Progressives Congress (APC).

Atiku had during the week that the APC was an alliance and not a political party.

The PDP candidate, who spoke at the inauguration of the party’s National Youth Campaign Council in Abuja, described the APC as a contraption of the Action Congress of Nigeria (ACN) and Congress for Progressive Change (CPC) that would collapse after its defeat in the 2023 general elections.

The quintet have also boycotted the PDP preparations for the 2023 election, forcing the jolted party’s leaders to desperately seek a way out of the imbroglio.

Reports emerged during the week that Atiku and the governors have reopened talks on how to resolve the dispute with just three months to the election.

But in the statement titled: “Atiku’s attempt to reconcile with Wike-G-5 -Masquerade is belated by headwinds,” the APC chieftain described the ex-Vice President’s assertion as hallucination and medicine after death.

He added that it would be ridiculous for Atiku to think that his regard for the PDP rotational principle would be easily swept under the carpet.

Okechukwu said: “Is it not an express loss of memory for His Excellency who was a member of the new PDP that joined in the formation of the APC to attempt to rewrite history in pursuit of his presidential ambition?

“It will be unfair and unpatriotic to the southern part of the country for any northerner to think of presiding over the country after the tenure of President Muhammadu Buhari, GCFR, a fellow northerner, in May 2023.

“This is one of the major headwinds that is blocking his puerile reconciliation with Wike-G-5-Masquerade. Atiku is a foremost beneficiary of the rotation convention in 2018 during PDP’s presidential primary in Port Harcourt which Wike hosted. It’s trite in law that he who comes to equity will come with clean hands.

“How can he wage a proxy political war against the Bauchi governor? News filtered that Atiku questioned his temerity not to step down like Governor Aminu Tambuwal. This is one of the headwinds which will make reconciliation impossible.”

“Thus the movement of the Wike-G-5-Masquerade northwards, is afloat, obviously sounding the death knell for Atiku’s ambition.

“Methinks Wike-G-5-Masquerade, which is frantically chasing Atiku because of his infidelity to the South and PDP’s Constitution, which is the breach of power rotation between north and south; is driving him into a state of delusion. For the other day, in Arewa Summit he admonished the north not to vote for Yoruba or Igbo, an unpresidential goof and, in the present instance distorting the genesis and capacity of the APC.”