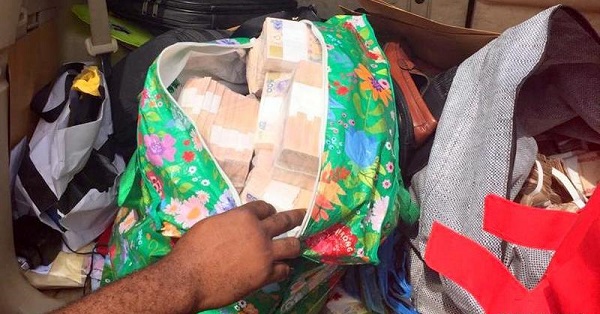 The Centre for Democracy and Development (CDD) has spoken on the March 9 Governorship and house of assembly polls, pointing out the high rate of vote selling and buying.

CDD while addressing journalists in Abuja, says that voters were scrambling to sell their votes to the highest bidder during the polls, despite of the warnings by the Independent National Electoral Commission (INEC), security agencies and the anti-corruption agencies

The Chair, CDD Election Analysis Centre (EAC), Adele Jinadu, speaking for the group, stated that the centre sent out observers to monitor the elections in the states and came out with its findings.

“On the ground, our observers reported seeing EFCC (Economic and Financial Crimes Commission arresting people involved in vote buying. For example, the EFCC arrested some prominent party stalwarts in Benue and Kwara States.

“However, reports from our observers indicated significant role played by voters and politicians in the vote trading market.

“The trend as we observed, is that voters are bargaining for a higher amount and sold their votes to the party with the higher ability to meet their demand,” he said.

In PU 02, ward 4 Oke Balogun Epe local government area, Lagos State, he said party agents were seen writing down the names of voters who were expected to collect a paltry amount of N1, 500 each.’

“For example, in a RAC in Ikosi Senior High School, Ikosi-Ketu, Kosofe-Lagos, a presiding officer alleged that politicians offered them N5, 000 each which they refused.

“The ad-hoc staff turned down the offer but instead demanded that they should be paid N40, 000, while some of them requested N20, 000,’’ he said

Another worrying trend observed, Jinadu said, was that supporters of mainstream party were disguising as members of smaller parties to buy votes for their parties.

He said CDD gathered agents of smaller parties were influenced to purchase votes on behalf of the dominant parties.

Jinadu said before the commencement of voting, a number of incidents were observed that were capable of disrupting the election were reported by the observers.

Other cases involved the abduction of a corps member, election materials destruction and attack on INEC officials, thereby, disenfranchising many voters.

Jinadu said in spite promises to improve the safety and welfare of corps members in this election, the day witnessed protests by ad-hoc staff who threatened not to carry out their duties until INEC cleared pending allowances.

Besides, he said there were also cases of killings in Ahoada West Local Government area of Rivers, Ndoni, Ogba/Egbema/Ndoni LGA, Rivers and abduction of a youth corper in Etinan Ward in Akwa Ibom state.

‘This is extremely disturbing,” he said, calling on “security agencies to ensure that appropriate steps are taken to prevent further incidents of violence likely to negatively impact the outcome of the elections.”