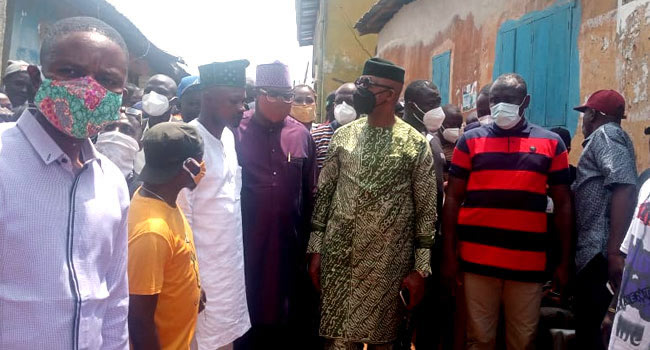 The Local council election in Ogun State on Saturday was largely characterised by low turnout of voters and logistic challenges at the early stage of the exercise in most of the council areas.

Abiodun exercised his franchise at his Itaosanyin Ward two in Iperu, Ikenne Local Government Area of the state.

Afterwards, the Governor commended residents for their peaceful conduct and implored them to vote for the entrenchment of democracy.

The elections scheduled to hold between 8 a.m and 2.00 p.m did not start until 11.00 a.m in most of the polling centres.

However, the exercise was generally peaceful in all the polling booths, in spite of the minimal presence of security officials, including the Amotekun corps.

The restriction order on movement was strictly enforced in most of the local government areas.

South-West govs not quiet on Igboho’s case, working behind the scenes -Sanwo-Olu

PANDEF slams IPOB over criticism of Clark’s comment on Biafra