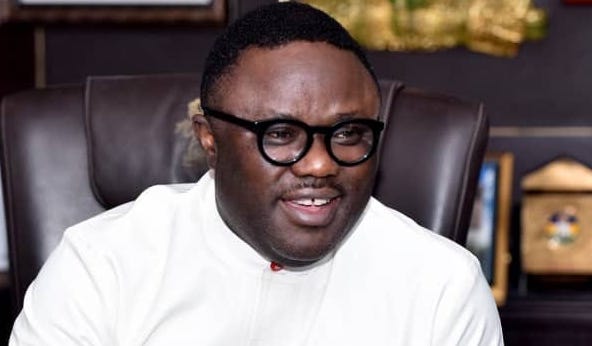 Ben Ayade, the Cross River State Governor has responded to an appeal to the suit launched by the People’s Democratic Party (PDP) over his defection to the All Progressives Congress (APC).

Ayade spoke on Friday during an interview on AriseTV monitored by Ripples Nigeria.

In his statement, Ayade also bemoaned the distraction and politicking by the leadership as the economy spirals while the youth are unemployed and disillusioned.

“In a nation with starvation and deprivation, we keep playing politics with the lives of our young people and the political elite should be ashamed. Don’t be surprised that some of them will be preparing for an appeal,” he said.

Governor Ayade also explained the reason for his defection to the APC, citing sabotage by the PDP during his time with the party.

“There is no perfect party and during my first term, the PDP changed my lawyer at the Supreme Court level without knowledge of who worked against me. It was tantamount to sabotage.

“At the time I defected, there was massive insecurity and a deliberate effort to stand with President Muhammadu Buhari in order to ease the tension and play a major role at the Centre which can’t allow us afford to stay at the periphery in Cross River State. I had huge projects that needed the intervention of the Federal Government and the President has been so helpful even before my defection. I had no regrets about my decision because it was for the benefit of the people,” he said.

The Federal High Court, Abuja on Thursday dismissed a suit seeking to remove Governor Ayade from office for defecting from the PDP

Justice Taiwo Taiwo referenced an Enugu Court of Appeal decision that stated that defection was not a reason for removal from office.

The dismissal of a sitting governor and his deputy can only be done in accordance with constitutional laws, the judge stated.

He cited the Constitution’s sections 180, 188, and 189, which stated that they may only be removed from office due to death, resignation, or impeachment.

In a further twist, the PDP in Cross River State on Friday announced that it would appeal the Abuja High Court’s decision in favour of Governor Ayade.

The PDP in a statement issued and signed by its Chairman, Vena Ikem, indicated that it would take the case all the way to the Supreme Court.