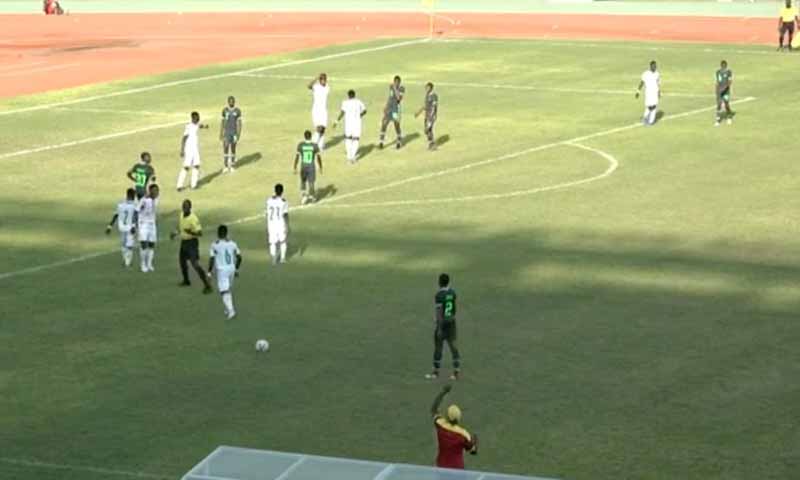 The Golden Eaglets of Nigeria were held yo a 1-1 draw by the Black Starlets of Ghana in their second group game at the WAFU B Tourney.

The Eaglets now walk a tight rope after the draw, having been defeated in their opening game against Cote d’Ivoire last Wednesday.

Having only one point from two games, it leaves Nigeria’s hopes of qualifying for the semifinal hanging in the balance.

It was Joseph Arumala who gave Nigeria the lead from the spot on 77 minutes after Abdullahi Ahmed was fouled in the box.

But the Starlets were also awarded a penalty six minutes from time after Eaglets goalkeeper Destiny Emuwahen committed a foul inside the box. It was converted to hand the team a lifeline.

Ghana will take on Cote d’Ivoire in the final game of group B on Tuesday, and the top two teams from the group of three would advance to the last four.

The WAFU B competition, which is going on in Lome, Togo, has so far seen some exciting U-17 football in the West African region.