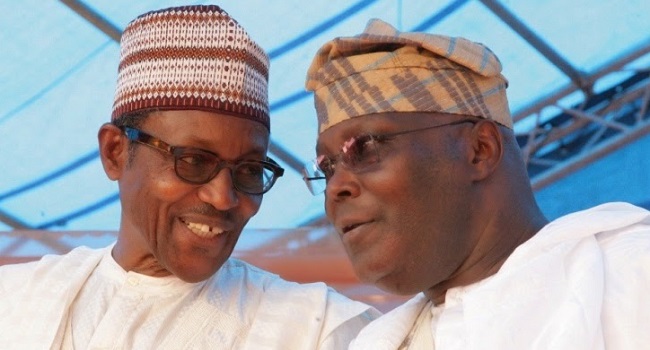 The Buhari Media Organization has urged the presidential candidate of the Peoples Democratic Party (PDP) to stop his chase after the wind with his court case challenging the re-election of President Muhammadu Buhari.

The organisation said Atiku was aware of his imminent defeat before the election held, alleging that he had been rejected by Nigerians.

The group in a statement signed by its Chairman, Niyi Akinsiju, and Secretary, Cassidy Madueke, on Monday stated that Atiku’s case before the court lacked merit and could not hold water.

BMO said, “The loser of the 2019 Presidential Elections, Atiku Abubakar has yet to wake up from his hallucination that he can steal a chance to defeat President Buhari in an election. Mr Atiku never had a chance at victory and would never.”

“If the Presidential elections were to hold ten times, Atiku would lose ten times to President Muhammadu Buhari.

“Atiku knew it, even before the elections were held, that he never stood a chance at beating President Buhari at the polls. He continues to allow marabouts and his paid praise-singers to sing him tunes of chances which he never had.”

The group added, “The majority of Nigerians have rejected Atiku. And he must come to terms with that. While we are not against his exercise of his constitutional right to seek justice in a court of law, we are insisting that Nigerians are aware that his claim to seeking a mandate in the court is only a pipe-dream as the entirety of his observations lack merit, are false and only a waste of time.

“The signs were very clear before the elections, during the elections, and with the eventual victory that President Buhari was the victor and had the popular appeal across the country.”

“Atiku’s rejection by Nigerians started with his own household.”