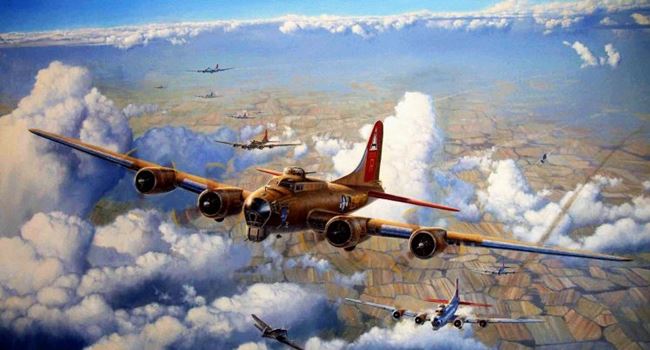 I pity folks who use the threat of war or those that fear it, as not understanding the fundermental essence of war.

And here, I don’t mean the kind gang rape of the igbo in the Nigeria Biafra war where local tribal collaborators and assorted world powers, notably US, UK, and atheist USSR, teamed up to commit mass genocide on one tribe without remorse till date.
I mean real war where the battle lines are existentially drawn and all global resources are freely available and accessible to the combatants.

The Muslim, nomadic Fulani have been terrorizing ‘infidels’ and indigenous African animists and other non Muslims of the north and middle belt and lately the Igbo since 1804 with their Jihad. And everyone is panicking.

Why should that be?

The destruction of inferior tribes or races leads to the evolution of stronger civilizations.
Greece, Rome, the British Empire, China, even USA.

Does it not make you wonder why, fearing their imminent world domination, America dropped two atom bombs on Japan’s industrial cities of Hiroshima and Nagasaki?
It was then that the European allies focused attention on Hitler’s Germany and completely pulverized her, the way Trump of US threatens Iran today? That was in 1945.
But you know what? Within 3,4 decades, Germany and Japan become the leading economic and technically forces in global politics and economics!

You know why? (And this thought is not original to me).

Read also: A Senator At A Sex Toy Shop!

The reason is that what the hardwares of war – the bombs, airplanes, tanks and so on destroyed were simply the physical manifestations of the essence of these nations, the superstructure, but not existential infrastructures that made them great and dominant to begin with.

But this is a tale for some other time.

My drift is that even those who lose wars may emerge stronger!

The Igbo of Nigeria, for example, were comprehensively laid bare after the ethnic cleansing programs of 1966 – 1970. It’s a historical fact.

But present kaduna state governor, Nasir El rufai as minister of the Abuja capital territory during his geographic mapping exercise was quoted as saying that, from his findings, 78 percent of landed properties in Abuja were owned by the Igbo.

How is that possible? It’s not magic.

So, when expired intellectual arsonists and pyrothecnics like one professor Ango Abdulahi equate Igbo investments in the North to the chance of making the presidency in the future, you understand clearly that the Fulani Islamic Janjaweed hegemonists have become intellectually challenged and barren.

Nigeria can confiscate all the physical investments and assets of the Igbo outside Biafra.

One thing they are not, and cannot do, is to seize the Igbo essence. That’s the issue.
The Fulani Islamic Janjaweed ideology of deceit, intimidation and brutal devilish hegomony, has expired.

Today, despite the US bluster, if we live long enough, China will rule the world.
And to consolidate, they will need black Africa. But who can they profitability align with to maintain hegemony?

Will it be a tribe of sexually incontinent brigands, whose only contribution to world civilization is the ability to rear and mate with cattle? I think not.

In this era where anyone who is minded can download the process of building a nuclear bomb, I wagger that the Chinese will align with those with brains and not just feral cunning.

All things come to an end sometime.

Let the Fulani in West Africa continue to goad and push Nigerians to war to fulfill their bovine ambition of conquering the indigenous peoples of Nigeria and establish their 21st century caliphate.

They may discover that today’s warfare goes beyond possession of a few thousand AK47s and RPG launchers.

I guarantee that the war will be taken to the very citadels of their faith and existence.
And that will be the end of the existential menace of this minority mongrel, cross breed tribe that is neither African nor Arabic but have been tormenting the peaceful black tribes for generations.

But I’m saying that the Fulani war mongers should bring the war on.
The more the merrier. Soonest too.

Sure millions will perish and physical structures destroyed.
But the Igbo, like the Germans, Japanese, Chinese and the Israelites will survive.
That’s the law of nature. No bombasts intended.