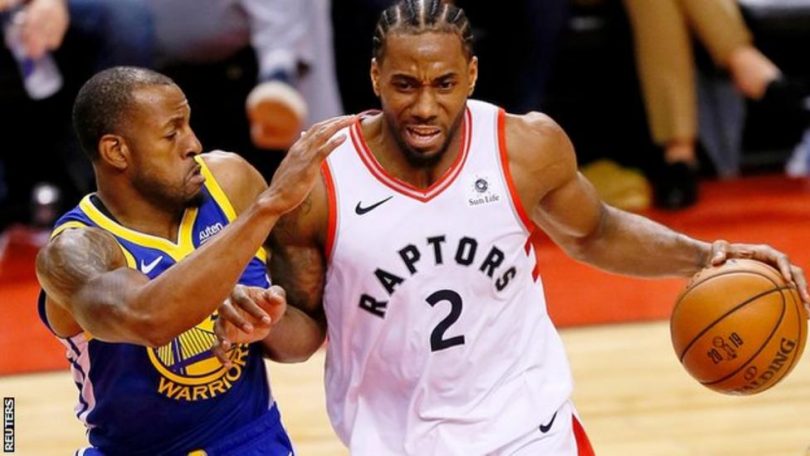 As the race for the 2019 NBA title continues, defending champions, the Golden State Warriors, have kept their pursuit alive with yet another victory.

Warriors seeking a third straight NBA title sealed a 106-105 victory over the Toronto Raptors in game five on Tuesday.

The Raptors, seeking a first title, had led the seven-match series 3-1, but Tuesday’s victor halves the deficit for the Oakland team.

Stephen Curry scored 31 points for the Warriors, who lost the returning Kevin Durant to injury in the second quarter.

But Kawhi Leonard’s 26 points for the Raptors were not enough in the fifth game of the series.

With two games left, the leading Raptors have a second chance to clinch the NBA title in Oakland on Friday.

Game seven, if required, will be back in Toronto on Sunday.