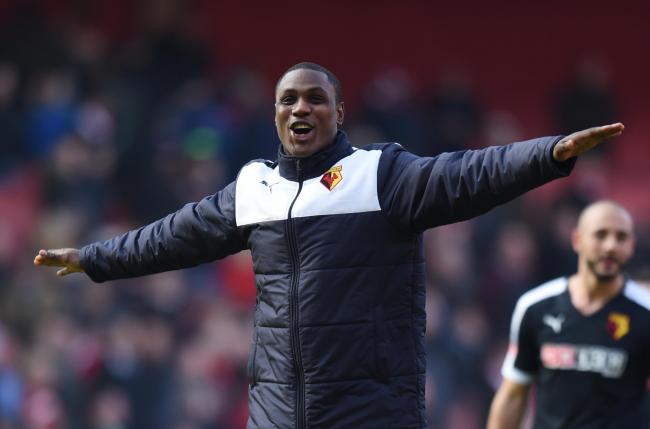 The 30-year-old has been plying his trade in China since 2017 when he left Watford for CSL outfit, Changchun Yatai buy currently playing for Shanghai Shenhua.

Ighalo reveled that he had interests from other EPL sides like Crystal Palace and West Brom, but his club Watford were demanding so much money despite not having enough playing time.

“There’s lot of reasons I went there [China]. I wasn’t playing much in Watford and I did not want to keep sitting on the bench,”Ighalo told the Watfordobserver.

“Watford fans don’t know it but I had an offer from Crystal Palace on the table and West Bromwich but the club was looking for big money and that’s why I accepted Changchun Yatai at the time.

“So, instead of me sitting down there and not playing I had to move. When the opportunity came for me I accepted it because China could pay what Watford wanted. But this is past tense now.

“I am happy and Watford are happy because they made a lot of money with me. And they are still my team in the Premier League.”

The forward, who won the top scorer award at the 2019 Africa Cup of Nations in Egypt, retired from the national team having won 35 caps and scoring 16 goals for the Super Eagles between 2015 and 2019.