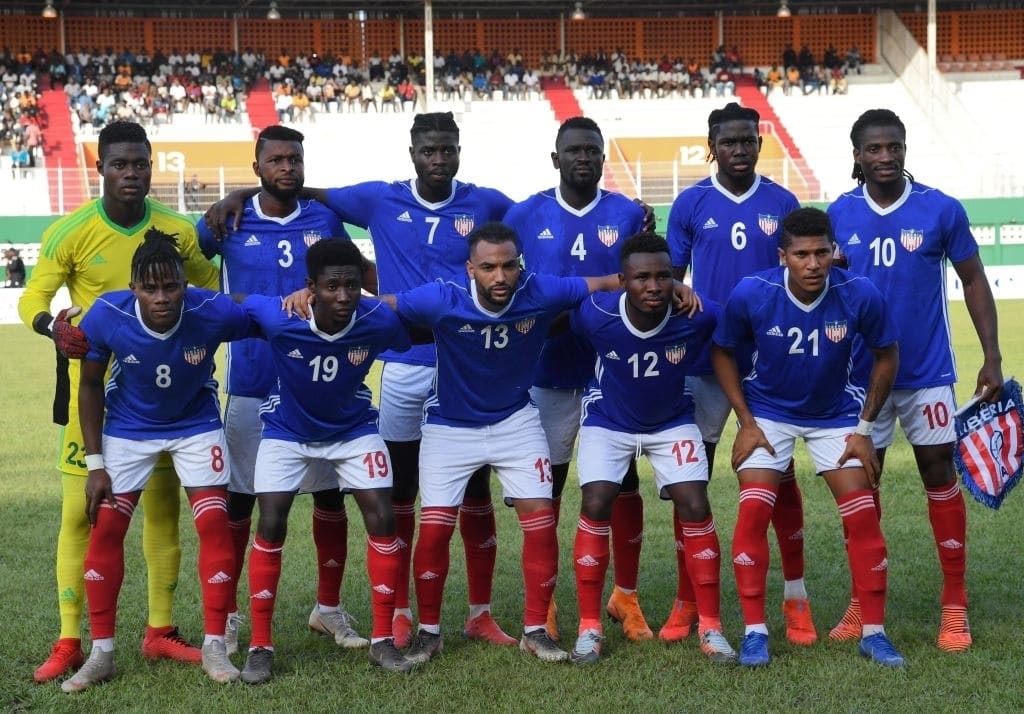 The Lone Star of Liberia recovered from their defeat to the Super Eagles of Nigeria to beat Central African Republic in their second game of the 2022 FIFA World Cup qualifying series.

Liberia were beaten 2-0 by the Super Eagles last Friday in Lagos.

Their win over CAR in the second round brought their campaign back on track, and they sit second in Group C game on Monday.

Played in Douala, Cameroon, a late strike from Kpah Sherman helped Liberia stay in the race.

With four minutes left in the game, Sherman emerged the hero by grabbing what proved to be the winner for his team.

The win took the Liberians to second place on three points behind leaders Nigeria while Cape Verde and Central African Republic are third and fourth respectively.

The other game of the group between Nigeria and Cape Verde will take place on Tuesday.

Both teams will be meeting in a competitive game for the first time, with their first and only encounter being a friendly in 2013 which ended goalless.