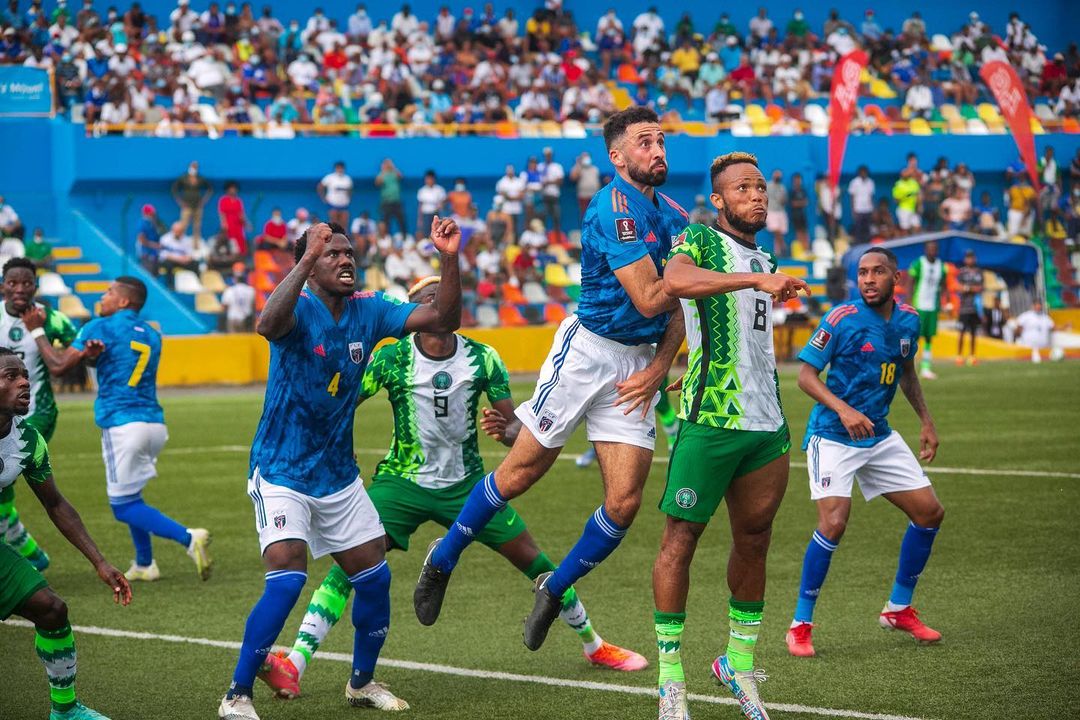 The Super Eagles of Nigeria have made it two wins in two games in the race for a slot at the 2022 FIFA senior men’s World Cup to be hosted in Qatar.

The Eagles came from behind to beat Cape Verde 2-1 in the second round of the qualifying series on Tuesday having defeated Liberia 2-0 in the opening round.

Cape Verde started on a good note as they drew first blood in the game played at the Estadio Municipal Aderito Sena, Mindelo stadium.

It was Dylan Tavares who opened the scoring for the hosts in the 19th minute before Napoli star, Victor Osimhen equalized for the Super Eagles on the half hour mark.

Both sides were on level terms at the break and kept on pushing for the winner after the restart, before an 76th-minute own goal by Kenny Rocha Santos gave the game to Nigeria.

The Super Eagles made seven changes in the starting lineup of the team that defeated Liberia in the campaign opener last Friday.

Manager Gernot Rohr was left with no choice after seven UK-based players, including red-hot Kelechi Iheanacho, Wilfred Ndidi and Alex Iwobi, had to return to their clubs due to UK rules concerning COVID-19.

Three other players including Italian-based Ola Aina, Tyronne Ebuehi and Samuel Kalu were also not with the rest of the team in Cape Verde.

The likes of Kenneth Omeruo, Ahmed Musa, Chidozie Awaziem, Innocent Bonke, Kingsley Michael and Chidera Ejuke all made the starting lineup in Mindelo.

But Nigeria went on to clinch an important win that keeps them top of Group C in the qualifiers with six points. Liberia are second with three points followed by Cape Verde and Central African Republic.

The Eagles will be in action again in the qualifiers in October when they will face Central African Republic in a double header as the race for Qatar continues.

Keep fighting until 2022 World Cup ticket is in our hands, Dare charges Eagles