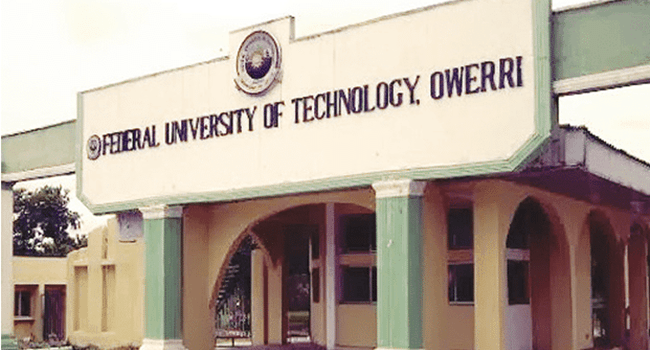 Host communities of the Federal University of Technology Owerri (FUTO), have described the recent claim of hostility against the institution by the Permanent Secretary, Ministry of Education, Sonny Echono, as a ploy to blackmail and intimidate the communities to abandon the ownership of their lands and legitimate demands.

The Federal Government had on Friday, threatened to relocate FUTO over encroachment of the University’s land by the host communities, which it said will no longer be tolerated.

They insisted that, “the hue and cry and probably threat to remove the University does not move us in any way, we are dealing with people in citadel of learning and we expect them to come with facts, not with propaganda, they are not politicians”.

The communities however restated their willingness to cooperate with the Federal Government to resolve the impasse.

Addressing journalists on behalf of the eight communities, an Estate Surveyor, Sam Anokam, on Saturday, disclosed that the University had not paid full compensation for the land 37 years after it was acquired.

According to him, “the allegation of hostility and encroachment intends to make the host communities look wicked or that they want to eat their cake and have it, but land acquisition has a procedure as set out in the Land Use Act and due compliance of the procedure obviously will not create any problem with any acquiring authority or institution of government that has been given the land in any way but in the case of FUTO, there was no compliance with procedure of land acquisition and that has been the crux of the matter”.

He added, “when you acquire land, there is an understanding, even if the state government acquires land and hand over to the Federal Government, the expectation is that there must be payment of compensation, whole and entire in compliance with the relevant provisions of the Land Use Act.”