Home » Politics » We cannot be stampeded, INEC reacts to protest by Uwajumogu over issuance of certificate of return 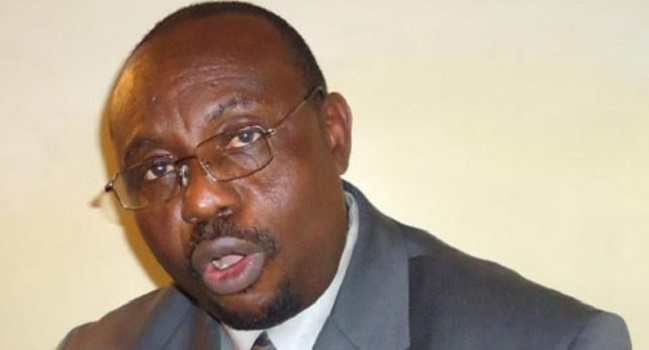 The Independent National Electoral Commission (INEC) has reacted to a protest reportedly staged at the commission’s headquarters in Abuja by the Senator-elect for Imo North Senatorial District, Sen. Benjamin Uwajumogu over the release of his certificate of return.

While briefing newsmen in Enugu on Monday, Mr Festus Okoye, Chairman, Information and Voter Education, INEC, said the electoral body won’t be stampeded to issue a certificate of return to Uwajumogu following the protest by him and his supporters.

According to Okoye who is the INEC National Commissioner in-charge of Enugu, Anambra and Benue states, the demonstration by Uwajumogu cannot force the hand of the electoral body.

He said; “The demonstration is of no significance because we cannot rush to hand over the certificate to him.

“We must study the court judgment before we can comply. As a commission, we must obey court orders. Even if we are not satisfied, we will obey first before we appeal.

“I can recall that the commission was served the judgment of the court on Wednesday, July 16.

“The said judgment could not undergo the regular processes and procedures of the commission and must wait for the next commission meeting.

“The commission will not be stampeded into taking precipitate action or decision that may be detrimental to the electoral process and procedures,” he said.

Okoye also said that the commission had withdrawn and re-issued 87 certificates of return so far after elections.

“The commission withdrew three certificates from the APC and issued to NNPP and NRM.

“It also withdrew 45 certificates from APC and issued to the PDP (arising mostly from the Supreme Court decision on the Zamfara APC party primary election).

“The commission withdrew 39 certificates from the APC and re-issued to another APC candidates,’’ Okoye added.