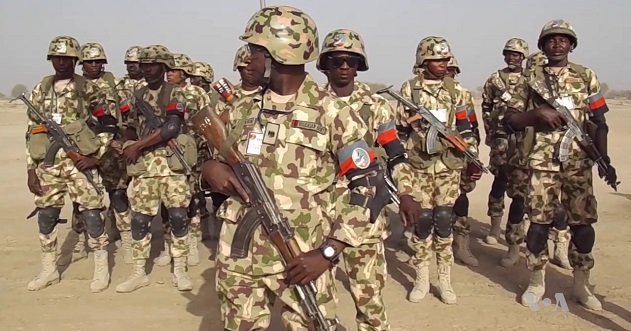 The Nigerian Army has denied Boko Haram insurgents killed 30 of its men in an attack at a base at Zari village in Guzamali Local Government Area of Borno State.

An earlier report had stated that at least 30 soldiers were killed during a battle with suspected Boko Haram terrorists in the State.

The report, quoting military sources claimed that the base came under attack on Thursday leading to the death of the soldiers.

However, reacting to the report, the spokesman for Theatre Command, Operation Lafiya Dole, Colonel Onyema Nwachukwu, who confirmed the attack, denied that the Army suffered casualties.

According Colonel Nwachukwu, several of the terrorists were killed by the military troops just as he said the terrorists’ equipment were captured.

He said: “That information is not correct. It’s true that we had an encounter with Boko Haram at a location called Zari. The Boko Haram came to attack that community, and our troops deployed few kilometres away from the location, countered the attack.

“The ground troops were supported by the Air Task Force, and several Boko Haram Terrorists were killed, and we also destroyed many of their equipment, weapons.

“On our side, I’m yet to receive casualty figure on my desk, if there was any. So, I cannot confirm that we had (any) and I think it’s very untrue for anyone to (say we had that casualty figure).”

A statement also released by the Theatre Command denied the report.

“The insurgents were on rampage to loot the community and extort money from villagers but met with a fierce resistance by the troops who were supported by the Air Task Force. “Several members of the Boko Haram fighters were neutralized and weapons destroyed during the encounter.

“Zari village and the surrounding communities have been stabilized and normalcy restored. The troops have also been reinforced to conduct more robust fighting patrol in the general area.

“The people of Guzamali and Mobar communities and indeed the entire good people of Borno State are urged to remain calm, resilient and supportive of Operation Lafiya Dole, as the troops relentlessly fight terrorism and insurgency in the North East.”