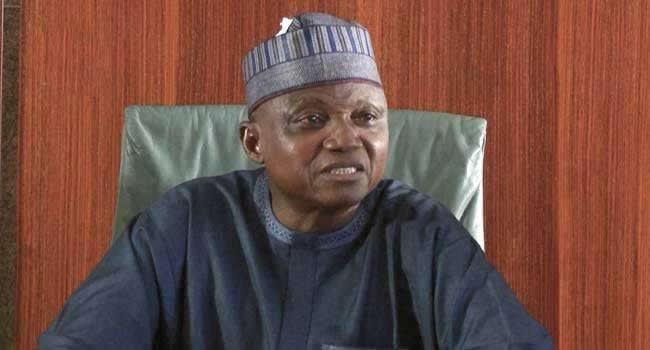 The proscribed Igbo separatist group, Indigenous People of Biafra (IPOB), has reacted to the Presidency’s allegation of stockpiling arms, saying the allegations are lies from the pit of hell, while describing Senior Special Assistant on Media and Publicity to President Muhammadu Buhari, Garba Shehu, as a chronic liar.

In a statement justifying the ban on Twitter in the country on Saturday, the Presidency had accused IPOB of stockpiling arms as well as posing a significant threat to the safety and security of Nigerians.

“A terrorist organisation (IPOB) poses a significant threat to the safety and security of Nigerian citizens. When the President said that they will be treated “in a language they understand,” he merely reiterated that their force shall be met with force. It is a basic principle of security services response world over.

“This is not promotion of hate, but a pledge to uphold citizens’ right to freedom from harm. The government cannot be expected to capitulate to terrorists. IPOB is proscribed under Nigerian law. Its members murder innocent Nigerians. They kill policemen and set government property on fire. Now, they have amassed a substantial stockpile of weapons and bombs across the country.

“Twitter does not seem to appreciate the national trauma of our country’s civil war. This government shall not allow a recurrence of that tragedy,” the Presidency said.

However, IPOB’s National Publicity Secretary, Emma Powerful, in a rebuttal statement made available to Ripples Nigeria on Sunday, denied the allegation and said the group does not stockpile arms as it produces its ammunitions locally.

“Ordinarily, IPOB would not join issues with Garba Shehu who is a chronic and pathetic liar but we have to velar the air here. We are not stockpiling any arms anywhere.

“The Fulani government of Nigeria can rant and propagate falsehood against IPOB, but we don’t buy arms we produce arms; we make and use locally made ammunitions and bombs and we have made it clear to them that 1967 and 1970 are not the same thing with 2021.

“Our great leader, Mazi Nnamdi Kanu, prophesied that they will kill us and we’ll kill them at the end Biafra nation will come.

“There is no false information and state-sponsored propaganda that can stop or change our resolve to restore Biafra freedom from Nigeria. What they did to our fathers, this present generation of Biafra will surprise them heavily”, the statement read.

We have to cry to God over Nigeria’s challenges ―Obasanjo