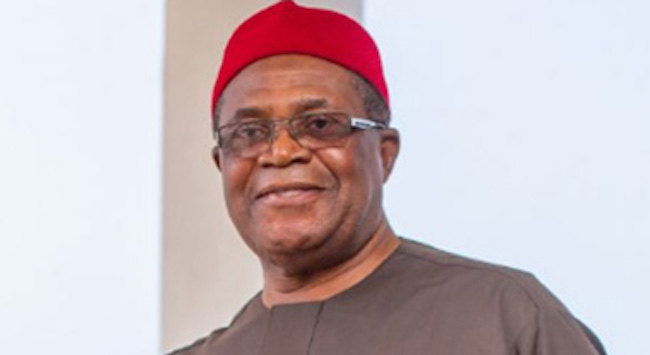 Nwodo Okwesilieze, former National Chairman of the opposition Peoples Democratic Party (PDP) has railed against the alleged continued marginalisation of the Igbo people.

Okwesilieze spoke on Thursday during a live interview on Arise TV, monitored by Ripples Nigeria.

He stated that for Ndigbo, the feeling is that the civil war has not ended, and this has led to despondency.

The former Enugu State Governor made this disclosure in the wake of the presidential aspirations of PDP politicians, not from the region, such as Atiku Abubakar, Nyesom Wike and Bukola Saraki.

“My stance is that Nigeria didn’t start in 1998 and since independence in 1960 whereby the leaders have been majorly from the South West and the North; with the South East only ruling during Ironsi’s regime. Therefore, there is a strong case for the South East with marginalisation after the civil war.

“In the past seven years, the marginalisation has been more pronounced with the Federal Government neglecting the region in infrastructure and welfarism. The South East comes at the bottom in the zone. What is the true crime of the South East people? Why this permanent marginalisation whereby people seek to be unfair? We feel the Civil War has not ended which has led to despondency. This is why we are making this repeated appeal that the political parties should choose from the South East; other zones have their arguments too but there is no rationale to jettison the rotation,” Okwesilieze said.

He further noted that concessions have to be made in order to placate the people ahead of the 2023 elections.

This, he said, was necessary in order to entrench a feeling of belonging and togetherness, the PDP statesman noted.

“The ordinary Igbo man will not vote for any candidate from the region unless the candidate makes concessions. We are not going away via secession but the country must treat the region fairly. Nobody will lose anything if the Presidency is zoned to the South East but we will gain a lot of comfort and healing,” he said.