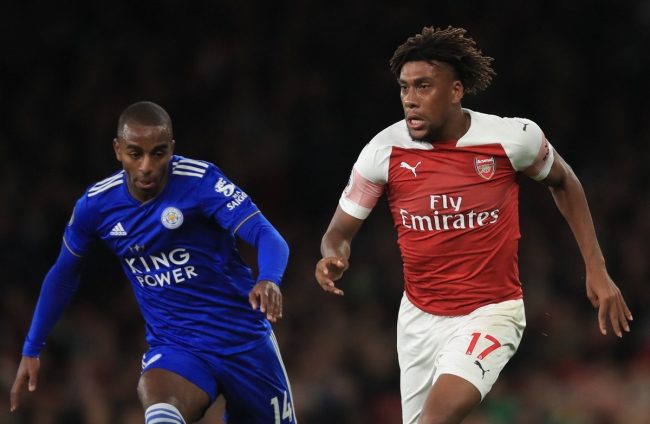 Super Eagles forward, Alex Iwobi is excited about the current form of his club Arsenal and is looking forward to yet another win after they brushed aside Leicester City.

It’s the first time since 2007 that Arsenal have earned 10 straight wins, and Leicester have not won at Arsenal in 21 top-flight games since 1973.

The Gunners came from behind to secure a 3-1 win over the Foxes in a Premier League encounter at the Emirates Stadium on Monday night.

Hector Bellerin had scored an own goal to put the visitors ahead in the 51st minute, before Mesut Ozil drew level for Arsenal just before halftime.

Gabonese striker, Pierre-Emerick Aubameyang, who came in as a 61st-minute substitute then scored a brace on 63 and 66 minutes to seal the win for Arsenal.

Iwobi, who played from the start to finish of the game, was awarded the man of the match for his showing against Leicester, who had his compatriots Kelechi Iheanacho and Wilfred Ndidi.

“That’s What We Like! Another Win! #YaaDigg💪🏽. Prince Strikes Again 🤪🥜👑,” Iwobi tweeted after the win on Monday night.

Arsenal media would later post a video via their Twitter handle in which the Nigerian star thanked the fans for their support and urged them to continue as the team look forward to yet another victory.

A big thank you to our fans, from our very own #BIG17 🇳🇬