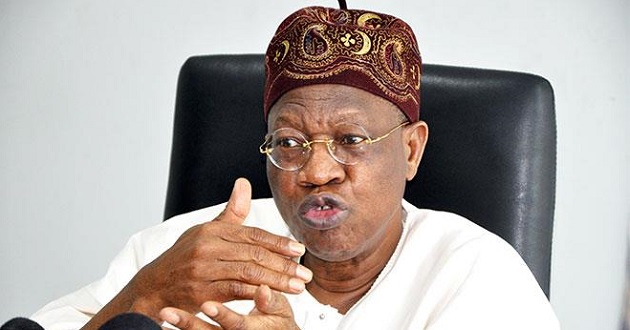 The Minister of Information and Culture, Lai Mohammed, on Saturday defended the Federal Government’s borrowing to fund infrastructural projects in the country.

Mohammed, who stated this in a chat with journalists shortly after he accompanied the Minister of Transportation, Rotimi Amaechi, to inspect the ongoing railway project along the Lagos-Ibadan corridor, said the government had no regret borrowing to fund government projects.

The National Assembly had earlier this month summoned Amaechi to explain the modalities for the loans secured from the Chinese government and how the funds were spent.

However, Mohammed insisted that the loans secured from the Chinese government were for the benefit of Nigerians.

He said: “There is no better way to answer Nigerians on what we have done with the money we borrowed than this trip.

“We did not borrow money for overhead expenditures. We borrowed money for roads, bridges, power and infrastructure generally.

“I am very excited not because I am a minister but when I got into the train this morning, I noticed that it was as clean and modern as any coach in the world.”

On his part, Amaechi said Nigerians should wait till January to see the progress recorded in the project.

He added the COVID-19 pandemic hampered the delivery of the project which was initially slated for completion by the middle of this year.