We haven't forgiven ourselves, wounds of Biafran war yet to heal —Kukah | Ripples Nigeria 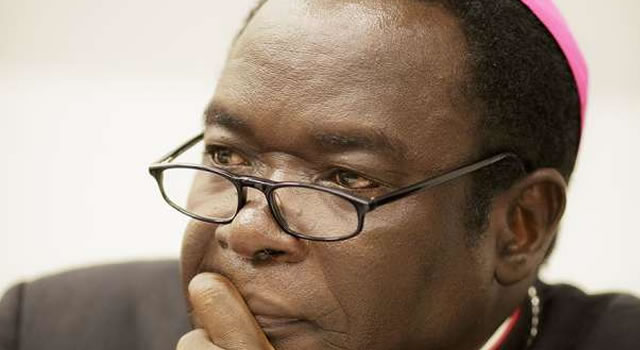 The Catholic Bishop of Sokoto Diocese, Matthew Kukah, on Thursday lamented that Nigerians were yet to forgive themselves 51 years after the civil war.

He also said that the wounds of the Nigerian Civil War also known as Biafran War had not healed.

Kukah spoke during the virtual second edition of the ‘Never Again Conference’ to mark 51 years after the civil war.

He regretted that the foundation laid by the military after the war for a process of rebuilding the nation ended up in futility.

“I have met a lot of people who fought the war who are full of regrets. There is a lot of resentment, anxiety and frustration that we have not learnt any lessons.

“Fifty-one years after the war, we are still hearing the kind of agitations that ordinarily, with commitment, dedication, focus and the right leadership, we should have put a lot of the anxieties behind us. Unfortunately, they are still with us,” he said.

He said that some of the resolutions from the Human Rights Violations Investigation Commission popularly known as Oputa panel, set up by former President Olusegun Obasanjo, provided some antidotes that would have helped to heal the wounds.

Kukah said that the Oputa panel, which he was part of, remained the best school he would ever hope to attend.

He said, “Oputa panel managed to generate quite a lot of data and information that academicians and policymakers would have used to ensure we erect the signpost saying, ‘Never Again’, because it gave us an opportunity, a mirror to look at ourselves after hearing from all sides but we didn’t have the discipline to follow through.”

The cleric lamented, “We have not been able to forgive ourselves as a people. The wounds of the civil war have not been able to heal. Coups and counter-coups that followed were more or less miniature civil wars by themselves because they threw up the same contradictions, anxieties and feeling of divisiveness across the country.”