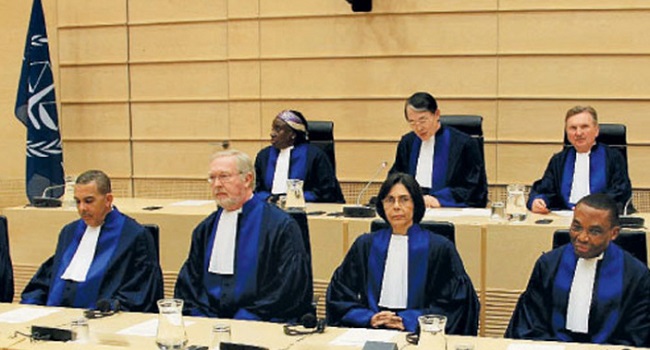 The International Criminal Court (ICC) says it is examining the farmers-herders crisis in Nigeria to determine whether associated crimes fall within its jurisdiction.

Fatou Bensouda, lead prosecutor of the ICC, disclosed this at The Hague, Netherlands, while presenting the annual report of ICC activities for 2018, on Wednesday.

She said the ICC is studying available information to establish whether there is a reasonable basis to believe that the crimes allegedly committed fall under its jurisdiction.

In the preliminary examinations report, which addresses many countries including Nigeria, the ICC said from January to June 2018, over 1,300 people were killed and 300,000 displaced as a result of clashes between herders and farmers in five states.

“From January to June 2018, over 1,300 people were reportedly killed as a result of violence between herders and settlers in Plateau, Benue, Nasarawa, Adamawa and Taraba states and about 300,000 persons were displaced,” the report read.

“Furthermore, the office received communications on attacks allegedly carried out by Fulani herders and Christian settlers in the context of the violence in Nigeria’s North Central and North East geographical zones. This violence, which has been observed by the office since 2016, is often referred to as a conflict between Fulani herders and Christian farmers, stemming from limited access to water, land and other resources.”

“The escalation of violence in late 2017 and 2018 is reportedly the result of the rise of ethnic militias and community vigilantes and the passage of grazing laws in some of the affected States that reportedly imposed restrictions on herders, among others,” it read.

“Militias are also reported to have clashed with NSF deployed in the affected area to address the deteriorating security situation.

“Some of the attacks on civilians were allegedly committed by criminal gangs involved in cattle-rustling that were subsequently blamed on Fulani herders. The Office has reviewed these communications and continues to gather additional information to determine whether there is a reasonable basis to believe that the crimes allegedly committed in this context fall under ICC jurisdiction.”