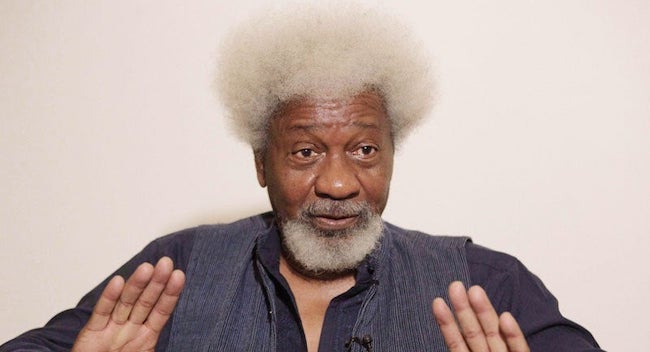 Nigeria’s foremost playwright, Professor Wole Soyinka has said the country must learn to nip extremist instigations in the bud.

The Nobel laureate, who stated this on Monday, said the Catholic Bishop of Sokoto Diocese, Matthew Kukah, did not say anything denigrating to Islam as recently claimed by some Muslim groups.

Kukah has remained in the news following his Christmas message where he noted that there could have been a coup or war in Nigeria if a non-Northerner and non-Muslim president had practised a fraction of President Muhammadu Buhari’s alleged “nepotism”.

Different Muslim groups picked offence with the statement, describing it as an attack on Islam and Muslims.

One of the groups, Muslim Solidarity Forum, called on Kukah to apologise to the Muslim Ummah or leave Sokoto State.

But in his response to the vexed issue, Soyinka said the threat should not be condoned.

He said, “The timing of Rev Father Kukah’s New Year message, and the ensuing offensives could not be more fortuitous, seeing that it comes at a time when a world powerful nation, still reeling from an unprecedented assault on her corporate definition, is now poised to set, at the very least, a symbolic seal on her commitment to the democratic ideal.

“Let no one be in any doubt that some of the most extreme of the violent forces that recently assaulted her governance citadel are sprung from religious and quasi-religious affirmations, a condition that still enables many of them to be brainwashed into accepting literally, and uncritically, indeed as gospel truth, any pronouncement, however outrageous and improbable, that emerges from their leadership.

“As usual, we have not lacked, within our own distanced environment, advocates who, even till recently, claimed to have seen in their vision, the triumph of God’s own anointed in the electoral contest of that same United States.

“In this nation we have learnt the painful way what such inbred loonies are capable of. Thus, extreme care, and historic awareness, should be taken in imputing any act or pronouncement as an attack on faith.

“Again and again, we have warned against succumbing to irrational demands of religionists, yet even the brutal lessons of past surrenders appear to exercise no traction on society’s faculty of cause and effect, especially in that religious propensity for incremental demands. Surrender one inch, they demand a mile!”

He went further to say, “It should not come as a surprise that a section of our Islamic community, not only claims to have found offence in Father Kukah’s New Year address, what is bothersome, even unwholesome, is the embedded threat to storm his ‘Capitol’ and eject him, simply for ‘speaking in tongues’.

“Any pluralistic society must emphatically declare such a response unacceptable. On a personal note, I have studied the transcript as reported in the media and found nothing in it that denigrates Islam.

“The furore over Father Kukah’s statement offers us another instance of that domineering tendency, one whose consequences are guaranteed to spill over into the world of both believers and non-believers, unless checked and firmly contained.

“In this nation of religious opportunism of the most destructive kind especially, fuelled again and again by failure to learn from past experience, we must at least learn to nip extremist instigations in the bud.”