Home » Business » We reversed $1.5m fraudulent transactions by banks in one day – NFIU 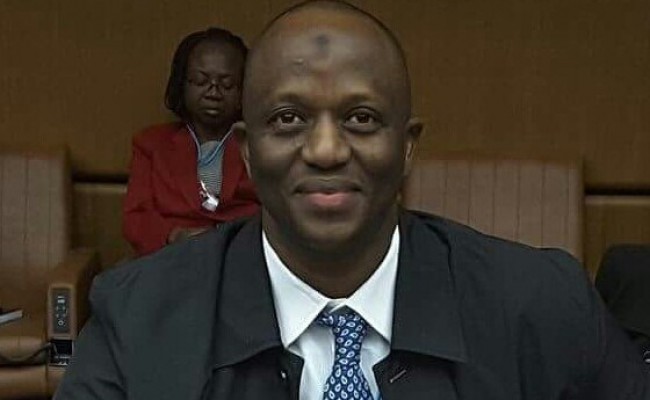 The Chief Executive Officer (CEO) of the Nigeria Financial Intelligence Unit (NFIU), Moddibo Hamnan Tukur, said on Tuesday that the agency tracked and reversed $1.5 million fraudulent transactions by banks earlier in the day.

Tukur stated this when he appeared before the Senate Committee on Anti-Corruption and Financial Crimes led by Suleiman Kyari, to defend the 2020 budget of NFIU.

The NFIU is the Nigerian arm of the global financial intelligence Units (FIUs) domiciled within the Central Bank of Nigeria (CBN) as an autonomous unit and operating in the African Region.

It seeks to comply with international standards on combating money laundering and financing of terrorism and proliferation.

Tukur asked the Committee to recommend the salaries of NFIU operatives be captured as sub-head under the yearly expenditure profile of the CBN.

He said: “This morning (Tuesday) alone, NFIU tracked and reversed $1.5million of such fraudulent transactions. Some of the banks are in problem finding all means of getting out of it.

“A lot of money is being taken out of the energy sector within the radius of billions of dollars but we are living up to the task of tracking and frustrating the financial fraud in line with our primary responsibility of assets tracing and tracking.

“While the total budget size projected for Nigeria in 2020 fiscal year is N10.33trillion, that of the Central Bank of Nigeria (CBN), is well above a trillion Naira, meaning 10 percent of the country’s total expenditure projection.”