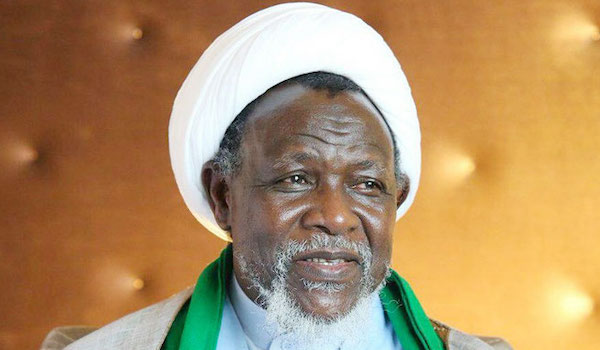 The Kaduna State Government has no plans to drop charges filed in court against the leader of the Islamic Movement of Nigeria (IMN), Sheikh Ibraheem El-Zakzaky, the state Attorney General and Commissioner for Justice, Aisha Dikko said in a statement on Thursday in Kaduna.

According to Dikko, both El Zakzaky and his wife, Zeenat, “are facing eight counts, bordering on culpable homicide, punishable by death”, adding that the court had refused the accused persons bail after their arraignment in August, 2018.

She said: “At its last sitting on December 5, 2019, the court adjourned the hearing in the matter till February 6, 2020 and ordered the transfer of the couple from the DSS facility to the Kaduna Correctional Centre for the duration of trial.

“Like any other person facing criminal trial, Mallam Ibrahim El-Zakzaky and Malama Zeenat Ibrahim have been accorded due process and are being represented by their lawyers.

“Any issues regarding compliance or non-compliance with a court order by the DSS or the Federal Government cannot be used to vitiate the judicial proceedings the Kaduna State Government has commenced against the El-Zakzakys.”

The AG also listed other accused persons to include Yakubu Yahaya Katsina and Sanusi Koki who are standing trial for alleged criminal conspiracy, culpable homicide, and unlawful assembly.

“The accused were also charged with alleged wrongful restraint, disturbance of public peace and voluntarily causing grievous hurt as well as inciting disturbance, and breach of the public peace,” Dikko added.