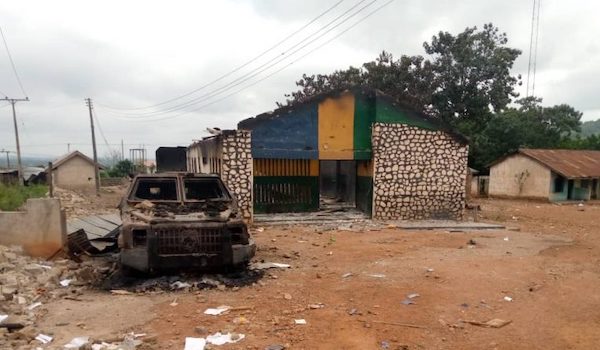 The Imo State Commissioner of Police, Nasiru Muhammed, on Friday vowed that the state police command would not succumb to intimidation by hoodlums.

The Commissioner of Police stated this when he visited the Aboh Mbaise Divisional Police Headquarters which was set ablaze on Thursday night by fleeing hoodlums.

Muhammed, who was conducted round the police facility to ascertain the level of damage, vowed that the police would continue to fight crimes, calling on stakeholders to partner the police in making sure that those who compromise security issues in the state were apprehended.

The CP, who also visited some of the wounded cops at the hospital, charged officers of the command
to brace up to security challenges.

He also ordered a full scale investigation into the attack that got the police divisional headquarters razed with equipment, including files and documents destroyed