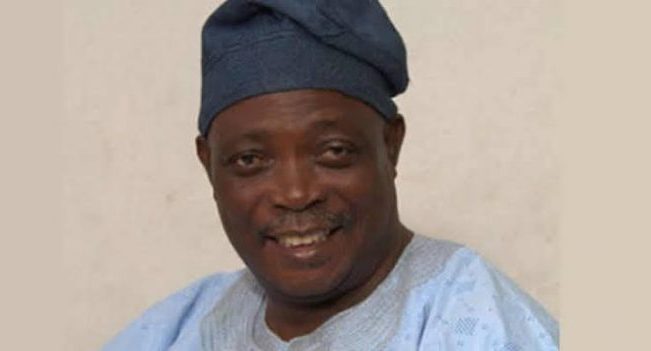 The feud between a former governor of Oyo State, and the 21 high chiefs of Ibadanland who were elevated to monarchs by former Governor Abiola Ajimobi raised its head on Monday as a former Attorney General and Commissioner for Justice in the state, Mr. Michael Lana, warned them to stop parading themselves as traditional rulers in Ibadan land or risk going to jail.

Lana, in a statement on behalf of Rashidi Ladoja, who is also the Osi Olubadan of Ibadanland, said the 21 high chiefs, having been sacked by the court, should desist from parading themselves as Oba as their insistence and disobedience amounted to contempt.

He also warned that anybody or organisation referring to them as Oba would also be guilty of contempt of court.

Lana is the counsel to Ladoja in a suit filed against the promotion of the Obas.

The statement reads: “It is a notorious fact that by the gazette Nos. 14 Volume 42 of 23rd August, 2017 and 15 Volume 42 of 24th August 2017 and 3 Volume 43 of 29th March, 2018, the past administration purportedly, albeit illegally, translated some Ibadan high chiefs into obas and purportedly gave authority to wear beaded crowns.

“However, it is also a notorious fact that the said gazette, being the only instruments by which this aberration to Ibadan Chieftaincy Custom Laws was carried out has, by the judgment of the Oyo State High Court, made on 19th November, 2019, has been set aside.

“For the avoidance of doubt, that judgment inter alia reads: that all gazettes affecting the Chieftaincy Laws of Ibadanland l, particularly gazettes Nos 14 Volume 42 of 23rd August, 2017; 15 Volume 42 of 24th August, 2017; 3 Volume 43 of 29th March, 2018, and the subsequent elevation of high chiefs and baales in Ibadanland as obas during the pendency of the suit be and are hereby set aside.

“That the rights to wear beaded crowns and coronets granted by the state government during the pendency of the suit are hereby revoked.”

According to Lana, it was surprising to see some of the high chiefs acting as obas and wearing beaded crowns and coronets.

He added: “Firstly, be it noted that this action constitutes contempt of court for which we shall not hesitate to institute proceedings.

“Secondly, the act constitutes a criminal offence under Section 28(2) of the Chief Law Cap 28 Laws of Oyo State.”

He also called on the state Commissioner of Police, Mr. Sina Olukolu, to arrest any of the high chiefs parading himself as an Oba from now on.

“Where an order under subsection (1) of this section is in force, any person who wears a beaded crown and is not a chief entitled under the order to wear it shall be guilty of an offence and shall, on conviction be liable to a fine of N5, 000 or to imprisonment for one year, ” he warned.